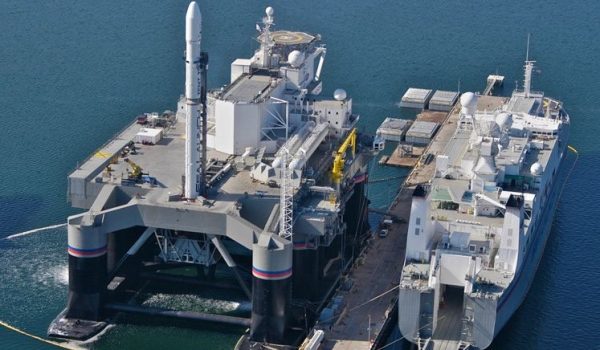 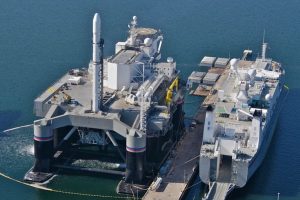 At 06:56 GMT on Friday, February 1, a Zenit-3SL rocket lifted off from Sea Launch’s platform in the Pacific Ocean, carrying the 6215 kg Intelsat 27. Forty seconds later, the rocket and its payload had crashed into the water.

“We are very disappointed with the outcome of the launch and offer our sincere regrets to our customer, Intelsat, and their spacecraft provider, BSSI,” said Sea Launch president Kjell Karlsen in a statement.

Interfax has reported that the rocket veered off trajectory immediately after launch, heading south instead of east. As a result, mission control executed an emergency shutdown of the first stage RD-171. All telemetry was lost at 40 seconds. The spacecraft landed in the ocean near Sea Launch’s Odyssey platform. There was no damage or injuries.

The failure comes at a bad time for Sea Launch, only recently out of bankruptcy. Now majority owned by Energia, the Sea Launch uses a third stage from that company paired with first and second stages from Ukranian Yuzhmash. The company’s most recent launch failure was the launch pad explosion of a Dutch communication satellite in 2007 that was partially responsible for propelling it into bankruptcy.  Sea Launch was recently cleared of any fault in the anomalous operation of three SS/L satellites launched from its platform.  The launch company has opened up a failure investigation board into the February 1 incident.

Watch the ill-fated launch below: