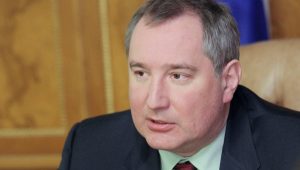 On 23 December 2011, Dmitry Rogozin was appointed deputy premier of Russian Government in charge of the defense and space industry (Credits: Ria Novosti).

The Audit Chamber of Russia, following a routine inspection has published a report on its website on the status of the Russian space industry, on July 4. According to the Audit Chamber, the management of the industry is extremely ineffective and uncompetitive, and therefore, only drastic measures will help.

On the same note, the government has again announced the proposal to transform the Russian space industry into a joint company. Shortly after the failure of the Proton carrying three GLONASS-M satellites, Deputy Prime Minister Dmitry Rogozin declared plans for reforming the space rocket industry, by consolidating the different companies into one single firm. “A decision has been made to create a special commission that will draft a presidential resolution to reform the space rocket industry,” said Rogozin as reported by ITAR-TASS news agency. Currently, the Russian space industries are state corporations. The new firm, likely to be named “United Space Rocket Corporation” will instead be an open joint stock company, in charge of all space rocket technologies.

The Audit Chamber’s report has highlighted a “system of collective irresponsibility” in which deadlines are generally not met and the costs of the space program’s implementation raises exponentially. The number of satellites launched in 2010-2012 has been less than half of the expected amount costing four times more than their foreign counterparts.

Now, the dramatic failure of the Proton rocket on July 2 seems to have opened a Pandora’s Box. Russian media have severely blamed the inefficiency of the space industry along with  “incompetent management, loss of manufacturing culture and technological backwardness, aging personnel and equipment, the lack of quality control and a comprehensible space doctrine”. However, Rogozin shifted the blame to his predecessors, stating that the faulty Proton was manufactured and delivered before his administration had restored the military certification of rocket technology. 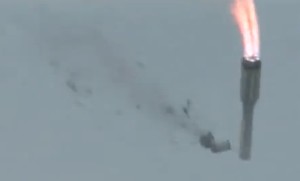 Roscosmos director, Vladimir Popovkin has not ruled out any of the three possible causes that have been pointed out just after the event. Therefore, it is still unclear where the root cause could lie. Possible reasons have included a fault of the rocket’s control system, a malfunction of the ground equipment and in a mishap of the engine that had showed a temperature near 1,200 degrees, which is three times higher than nominal. According to Popovkin, the investigation commission would find the cause of the accident by the end of July.

What is certain though, is that the loss of the three GLONASS-M satellites will affect the entire navigational constellation in the near future. Just before the failed launch, GLONASS-M satellite #728 failed prematurely, with 2.5 years of its operational life still remaining. Russia promptly re-established the global coverage by putting one of the four orbiting reserve satellites into service. However, according to ITAR-TASS, these reserve spacecraft have all expired their life cycles, having been in service for more than 60 months.

Anatoly Zak of Russianspaceweb.com, is appealing for people to put things into perspective. He points out that Russia still maintains a high rate of launches and in the first six months of 2013, it successfully launched more space vehicles than all other nations combined. According to Zak, without undue political interference, Russian engineers could probably find the problem and put Proton back in business within two or three months.