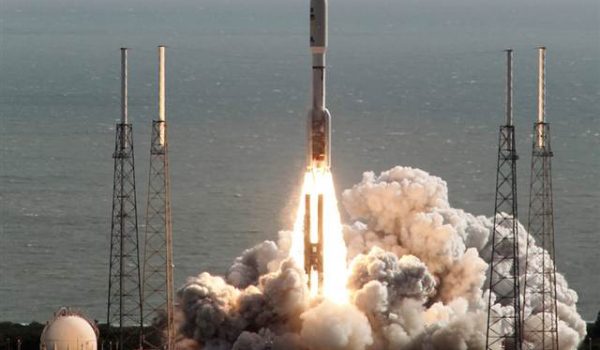 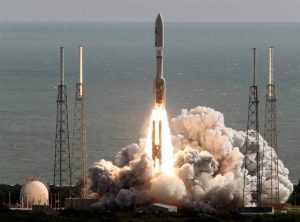 History’s most ambitious rover mission to Mars was launched by NASA on Saturday, November 26. Named Curiosity, the rover was carried by a United Launch Alliance Atlas 5 rocket, lifting off from Cape Canaveral, Florida at 10:02 am local time (EST). NASA  declared the launch a complete success.

“It’s an enormous mission. It is [the] equivalent of three missions, frankly, and quite an undertaking,” said NASA’s Mars exploration program director, Doug McCuistion. “Science fiction is now science fact. We’re flying to Mars. We’ll get it on the ground and see what we find. It is absolutely a feat of engineering, and it will bring science like nobody’s ever expected. I can’t even imagine the discoveries that we’re going to come up with.” He also jokingly characterized Curiosity as “the monster truck of Mars,” referring to its dimensions, more than 2 meters tall, 3 meters long and 2.7 meters wide.

After years of delays, budget overruns, and technical difficulties, the $2.5 billion Mars Science Laboratory (MSL) at last started its eight and a half-month journey to the Red Planet, in front of 13,000 people who crowded the Kennedy Space Center to witness NASA’s first launch to Mars in four years and the first Martian rover launch since 2003. Mars launches are possible only once every 26 months, and another delay would have cost an additional $570 million, according to NASA’s Office of the Inspector General. MSL was already delayed in the summer of 2008, due to mission-threatening problems with the rover’s instrumentation, resulting in a 56% increase from the initial $1.6 billion cost of a 2009 launch . The mission is costing every American taxpayer about the price of a single movie theatre ticket. “I’ll leave you to judge for yourself whether or not that’s a movie you’d like to see,” said California Institute of Technology’s John Grotzinger, the project scientist. “I know that’s one I would.”

Curiosity is described as “a rover behemoth” in scientific circles. With a mass of one ton, it is five times bigger than each of the last two rovers sent to Mars in 2004, Spirit and Opportunity. The rover carries ten science instruments, including contributions from the Canadian and Russian space agencies, and the Center for Astrobiology in Madrid, Spain. Some of those instruments are placed on the end of Curiosity’s 2-meter long robotic arm which also wields a 5 cm drill.

When it finally lands on the 160 km wide Gale crater next August, the data from Curiosity is expected to revolutionize our knowledge and understanding of Mars and its native lifeforms, paving the way for future missions.

A video of the launch is  below, courtesy of NASA :