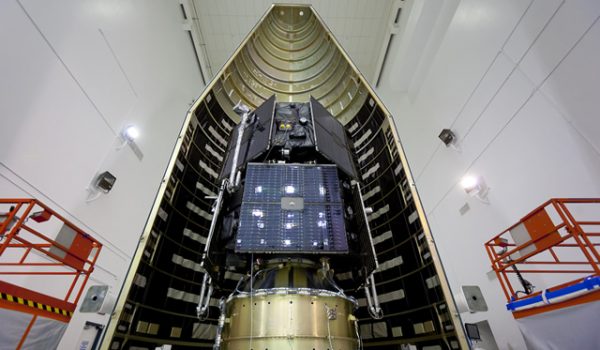 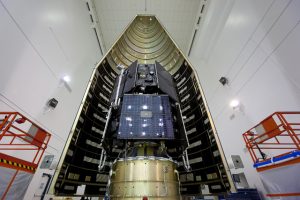 NASA’ Radiation Belt Storm Probes (RBSP) have been given the green light for launch on August 23.

“Everything is ready and prepared for RBSP to launch as scheduled,” said Richard Fitzgerald, RBSP project manager at the Johns Hopkins University Applied Physics Laboratory. “Both the twin spacecraft and the entire RBSP team are eager to begin their exploration of one of the most dangerous parts of space near our planet.”

The mission will fly a set of twin spacecraft in highly elliptic orbits through the Earth’s radiation belts for two years, allowing scientists to study the belts over both space and time.

The radiation belts are zones where energetic charged particles are ‘trapped’ by the Earth’s magnetosphere. It is one of the most challenging environments for spacecraft in Earth-orbit due to the negative effects charged particles have on a spacecraft’s subsystems.

Both the Earth’s magnetosphere and its radiation belts are influenced by solar activity, whose fluctuations have caused disruptions to power grids and satellite systems in the past. Understanding this connection is thus fundamental to improving the understanding of space weather and its effects.

“At the end of this month we will turn our attention from planet Mars to planet Earth, both immersed in the atmosphere of our sun,” said the director of NASA’s Heliophysics Division, Barbara Giles. “RBSP will further explore the connection of solar variability and its impacts on Earth’s radiation belts.”

RBSP is part of NASA’s Living With a Star Program,  which aims to improve the current undestanding of Solar activity and how it influences the Earth and the Solar System. Other missions in the program include the Solar Dynamics Observatory (launched in 2010), the Space Environment Testbeds (scheduled for launch later this year) and the joint ESA-NASA Solar Orbiter spacecraft, currently in development and slated for launch in 2017.

The RBSP mission is scheduled for launch from Cape Canaveral on August 23, at 04:08 EDT, atop a United Launch Alliance Atlas V rocket.