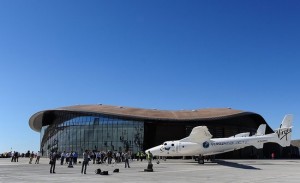 Space tourism is not far from becoming reality and this means that at some point in the near future doctors may expect patients to ask questions and request clearance processes for space travel.

“Although perhaps unfamiliar with the specific physiological changes associated with commercial air travel,” says Dr. Millie Hughes-Fulford, STS-40 astronaut and University of California professor of medicine,  “most physicians will have travelled by plane and many will have attended a passenger in need of medical assistance while on a commercial flight. They are, however, unlikely to have experience of space travel.”

The end of the space shuttle era did not end investments in space travels, with new initiatives  aiming to make spaceflight available not only for trained astronauts, but also for (wealthy) tourists. These initiatives are coming closer to fruition: in August,  the US Federal Aviation Administration (FAA)  granted funds for infrastructure development on three commercial spaceports, and companies like Virgin Galactic and XCor are making progress in spacecraft development. Experts from the FAA forecast that the demand for seats on suborbital reusable vehicles may produce revenue of $1.6 billion over 10 years once the vehicles become operational. If the prediction is correct, soon space tourists will need to get medical clearance for extraterrestrial travel. 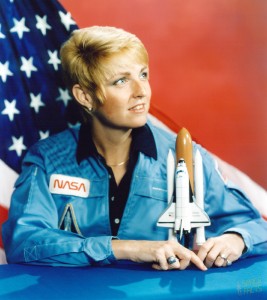 Casual space travelers present new questions for doctors. It is unlikely that only completely healthy people would be allowed to fly, as is the case with professional astronauts. The whole commercial spaceflight business is based on the idea of making space access more available to the people that can afford the price of the tickets.  Therefore, doctors must be prepared to better understand how special conditions such as pacemakers or diseases like osteoporosis are affected by microgravity. Even less severe symptoms such as motion sickness and loss of appetite, common among fully trained astronauts, could represent a risk for less experienced space travelers. According to Hughes-Fulford and her colleagues, guidelines have to be established to face every condition that the tourists may encounter as a result of the space trip.

The FAA and Aerospace Medical Association Commercial Spaceflight Working Group are proposing medical recommendations for regulating commercial space travel. To-date, the FAA’s Office of Commercial Space Transportation has not set specific medical requirements or disqualifying characteristics for space tourists, most probably so as not to hinder the development of the sector with overregulation. The FAA does not propose to regulate medical aspects of space passengers beyond requiring informed consent. Therefore, doctors who clear patients for space will share the responsibility of issuing that clearance with the commercial travel company selling the ticket if something happens to patients’ health condition due to the flight.

Expectations of increased access to space will lead to new challenges for space medicine and, with the potential for active space tourism in six-seven years, Hughes-Fulford believes it is time to start preparing.