A couple of news stories this week about Virgin Galactic’s progress in putting tourists into space raises the perennial question: Can it made safe? Flying in space will never be truly safe, but then again, flying in the atmosphere is not completely safe, either. There are risks involved any time you accelerate a person to speeds faster than they can walk, and lift them higher than a few feet above the surface. If things go wrong, people can and will get hurt. I made it my profession to hurtle human beings into low Earth orbit for over three decades, with the entire weight and support of the United States government and some of the best operational and engineering minds in the world. Yet we still lost two spacecraft and 14 lives.

This needs to be remembered if you are currently holding a reservation or are currently on standby for a flight on Virgin Galactic’s SpaceShip Two. Or perhaps you know someone considering such a flight. For those frequent travelers who have the entire airline safety briefing memorized and can recite it along with the flight attendant, it would pay to take notice that on a supersonic lob into space, the risks are real. Listening up might be worthwhile.

A lot can go wrong when you release the kind of energy that it takes to accelerate a fair-sized craft to Mach 5, thrust it out of the sensible atmosphere, then recover it with a high-heat reentry. I have listened to airplane pilots discussing the risk of having to make sure that you make it to the runway, seeing as how without power, an airplane is a glider. But that’s really the least of it. Any good glider pilot can assure having enough energy to make the runway, once the aircraft’s glide performance is understood. In space flight, the real risks include things like transonic loss of control, depressurization, high-energy propulsion systems–the list goes on.

If you study the history of the X-15 program, you can see the number of times when fuel valves froze, auxiliary power units overheated, and instruments rolled over and died. Granted, we are 50 years beyond that time, and our knowledge of systems and equipment design has progressed by leaps and bounds. But the problem with experimental aviation is always that you don’t know what you don’t know, and it is hard to anticipate something that hasn’t happened yet, despite the fact that afterwards, it will seem like it was obvious. 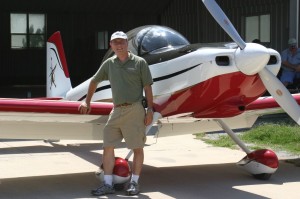 Passengers signing up for a flight to space need to understand that risk of the unknown. In truth, for many, that’s the attraction of the thing. People pay lots of money to participate in risky sports and adventure travel. The fact that people fly airplanes generally means that they are willing to accept some risk. But most of the risks of aviation are known and can be mitigated by careful design, good maintenance, and responsible piloting judgment. The same is true about spaceflight, but there are also risks that are not yet known. Sign up for a flight with your eyes wide open to that fact, and enjoy the ride. Buy a ticket thinking that this is just another tourist flight, and you are doing yourself (and your family) an injustice.

Fortunately, I am confident that Virgin Galactic is doing what they can to mitigate the risks associated with this high-energy activity. Although I have no direct inside information on their design or operations, I know well the people who do. Mike Moses, their head of operations, was a Flight Controller for me in the Shuttle program, and went on to be selected as a Flight Director, sharing my chair for several years before going on to be the Deputy Director of the Space Shuttle Program in Florida. Last week’s announcement that Virgin had selected Richard “CJ” Sturckow as one of its pilots gave me even more faith in the operation. CJ is an experienced Shuttle Commander who I worked with closely for many years. He sat next to me in Mission Control for numerous flights and training session as my Capcom, and I learned how he thinks and evaluates risk during countless hours of simulated terror and uneventful flight. With guys like this onboard, Virgin as going to be in good hands. They can’t make it “safe,” but they certainly can make it “safer.” And the people involved in flying in the machine will have a clear picture of the risks involved, what has and can be done to mitigate them and where the unknowns still lie.

Personally, I wish Virgin, SpaceX, Orbital, and all the rest, the best of fortune. If humankind’s destiny is in the stars, the near-term driver will be the commercial companies trying to make a go of it in the competitive world of space flight. National programs are great for original exploration and inspiration, but just as we have commercial airlines, we need to have commercial space lines and yes, space tourism. People and companies need to be allowed to take risks that they understand in order to progress. Mistakes and accidents will occur, and we will lose lives. But that has always been true on the cutting edge. That’s how we advance. What we need to make sure of is that the people involved understand the risk–and the uncertainty factor — going in. And then, we should applaud as they push the envelope for the next generation.