The keynote speakers for the 10th IAASS Conference “Making Safety Happen” have been announced. Speakers include:

The conference is an invitation to reflect and exchange information on a number of topics in space safety and sustainability of national and international interest. The conference is also a forum to promote mutual understanding, trust, and the widest possible international cooperation in such matters. The once exclusive “club” of nations with autonomous space access capabilities is becoming crowded with fresh, and ambitious new entrants. New commercial spaceports and near-spaceports are in operations and others are being built. 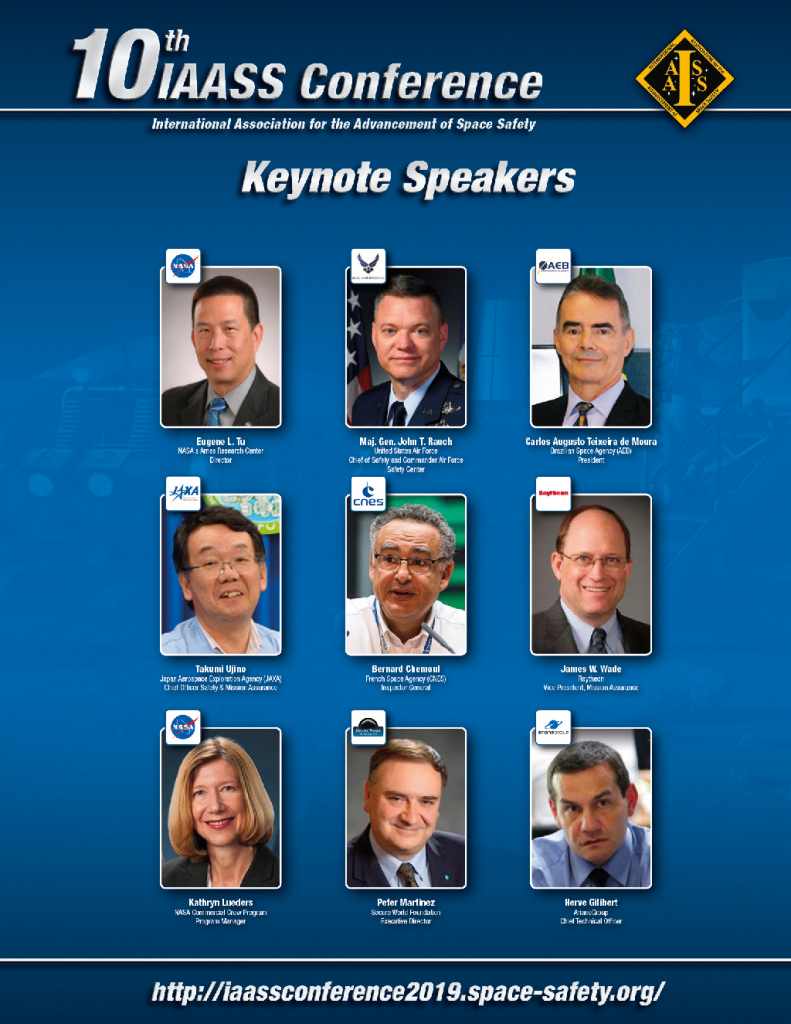