The debate on whether the government should share the risk of space launches is once again under discussion, since the US  Federal Aviation Administration’s (FAA) indemnification program expires at the end of the year.

Supporters of the status quo quote the increasing US and global dependency on commercial space technology, as well as the fact that ever since the program’s commencement in 1988, no state money has ever been paid for damages.  More than 200 licensed commercial launches have been covered during that time. 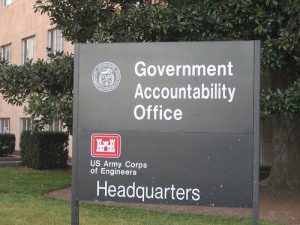 The maximum amount that FAA can provide as insurance is 2.7 billion dollars, covering injuries or property damage to third parties resulting from a launch. However, this indemnification amount is relatively low – lower, for instance,  than that provided by China, France, and Russia.

“Not withstanding the high reliability of today’s generation of launch vehicles, many industry experts advocate extending the indemnification program in part because of the inherent riskiness of launching payloads to orbit,” said the Space and Aeronautics Subcommittee Chairman Steven Palazzo. “Catastrophic launch failures are deemed to be a low-probability event, but understandably one that could result in extremely high damages.”

The GAO report also claimed that it anticipates an increase in US commercial space launches in the upcoming years, even though a slight decrease has been recorded recently. The increase can be attributed to NASA plans to commence commercial cargo transportation services to the International Space Station in 2012 and also commercial manned launches to ISS from 2017. The recent successful  SpaceX ISS resupply demonstration and plans for similar missions from companies like Orbital Sciences, as well as future suborbital commercial and tourist flights, are reinforcing this argument.