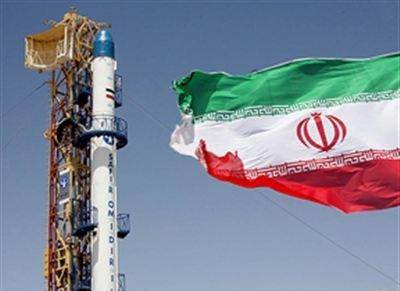 Iran plans to emerge as an important player in the space sector, with Iranian officials announcing a few days ago that the country’s first satellite space center is nearly completed, according to the Associated Press and the Tehran Times. 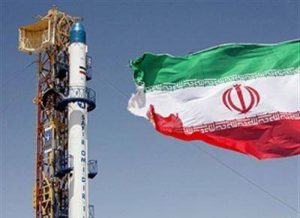 The space center, which according to the Iranian Defense Minister A. Vahidi is 80 percent complete, will be able to launch satellites manufactured by Iran and other Islamic countries. Its location is still undisclosed, but the announcement was made to complement celebrations of the anniversary of Khomeini’s death. The Iranian government aspires to develop the center into a point of reference for the Islamic world. Iran has made important steps recently, by successfully launching the Kavoshgar 4 rocket in March 2011 and its first data-processing satellite Omid (Hope) in 2009, on board the Safir (Ambassador) carrier.

However, the ambitious announcements did not end with the space center. The Iran Space Agency (ISA) Head Hamid Fazeli was quoted as saying that Iran plans to send a living organism -a monkey- into space on board the Kavoshgar 5 satellite carrier in the near future. Kavoshgar 5 (Explorer 5), with a mass of approximately 300 kilograms, will launch in the next Iranian calendar month (after June 21), and will carry a bio-capsule accommodating the animal to send it to an altitude of 120-130 kilometers for a 20-minute suborbital flight. This comes as a follow-up to the failed attempt of a similar project last September, that was not made public as all of its anticipated objectives were not accomplished, according to the ISNA news agency. Fazeli added that the monkey has undergone all necessary preparation in the last year, and that its vital signs will be monitored in order to obtain results for future manned missions. Tehran is reportedly scheduled to send a man into space by 2020. 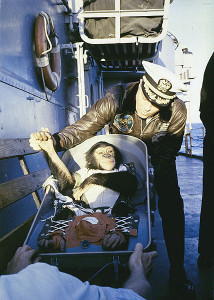 Another animal astronaut, chimpanzee Ham is greeted by recovery ship Commander after his flight on the Mercury Redstone rocket. (Credits: NASA).

It is worth noting that according to Associated Press, Iran’s recent space activities and plans have been raising concerns in western nations, due to the fact that the technology required for the space center could be related to and masking the production of intercontinental warheads. Iran is officially denying these accusations, reminding the world that it is one of the 24 founding members of the United Nations’ Committee on the Peaceful Uses of Outer Space (UNCOPUOS).

In the video below, you can see a news story on the previous attempt of Iran to send a monkey into space, and the tests and training of the five candidates:
[youtube http://www.youtube.com/watch?v=pB3snA2hob0]