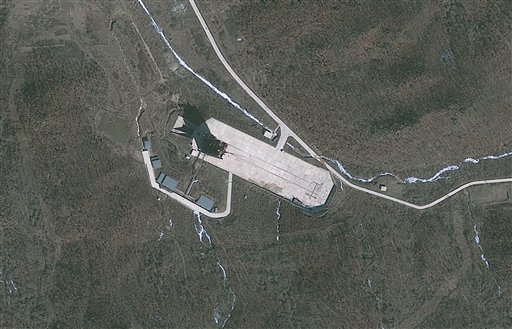 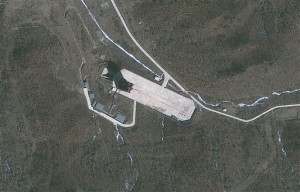 North Korea has transported the main body of the Unha-3 rocket to Tongchang-ri, the location from which it will be launched on April 12-16 to celebrate Kim Il Sung’s birthday.

“South Korea and US military authorities are aware that North Korea has moved the main body of a long range missile [to Tongchang-ri] and is preparing for launch,” said a US Defense Ministry spokesman to the AFP press agency.

The Unha-3  is a three stage, 32 meter long rocket with a payload capacity of 100 kg. It will carry the Kwangmyongsong satellite, and it will be launched from Tongchang-ri,  a site whose construction began in 2001, located on the west part of the country, about 50 kilometers away from the border with the Chinese city of Dangdong. The site is also 70 kilometers away from North Korea’s nuclear facility Yongbyon and 200 kilometers near Pyongang’s missile manufacturing plant.

This is Norht Korea’s third attempt to put a satellite in orbit. The previous launch was in 2009: on that occasion, the North Korean government released pre-launch notifications and announced splash-down zones for the spent stages for the first time, a critical step in the direction of responsible international relations. However, given North Korea’s nuclear capability, there is a general concern that this kind of launch capability could have military applications.

On April 2, around 60 world leaders from different nations will gather in Seoul, South Korea, for a 53-nation nuclear security summit. The summit will discuss the risk connected with nuclear weapons proliferation, and the upcoming launch from North Korea is likely to be a key topic.

The Democratic People’s Republic of Korea – North Korea for short –  is a communist state led by Kim Jong-Un. U.S. and North Korea had recently brokered a deal to stop long-ranges launches in exchange for food supplies. It is not clear yet how the deal may be affected by this latest development.

US President Obama addresses nuclear security at a press conference in advance of the South Korea summit: