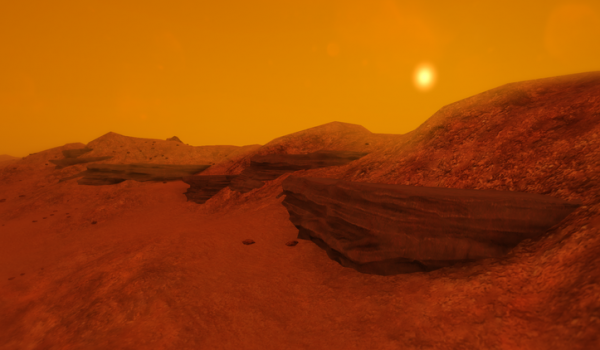 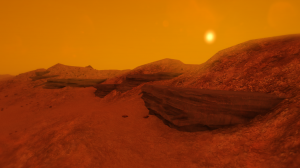 A Martian video game is in development, featuring textured background taken from Hi-RISE instrument’s images, which is installed on NASA’s Mars Reconnaissance Orbiter. The game is called Lacuna Passage, and it is hoped that the real life images used in the game will help to create a more realistic Mars exploration experience for gamers. The game is an RPG, which features the lone survivor of a crashed spaceship, which has been sent to investigate the disappearance of the crew of the first Mars landing mission. The game’s creator, Tyler Owen, has researched the concept of a manned Mars mission in some depth, and promises that the game will emulate real life risks associated with a manned mission, including starvation, dehydration, hallucinations and suffocation.

Russian space agency Roscosmos has signed an official agreement to assist ESA as a partner during the upcoming ExoMars missions.

The mission will be divided over 2 launches, for which Russia has agreed to provide Proton launch vehicles, as well as additional support and hardware. The first launch, scheduled to depart for the red planet in 2016, will carry the Trace Gas Orbiter (TGO) segment as well as a static lander segment, dubbed the Entry, Descent and Landing Demonstrator Module (EDM). The second launch, to occur in 2018, will carry the Mars rover, and will feature a drill designed to penetrate 2 meters below the surface. It is thought that at this depth cellular life may have existed, having been protected from the radiation by the covering regolith.

Singer and would-be commercial astronaut Sarah Brightman may be forced to give up her trip to the ISS, to make way for a visiting researcher, according to Russian news agency RIA Novosti.

Brightman was scheduled to ride on a Soyuz to the space station in 2015; however, NASA and Roscosmos could possibly extend the duration of the planned Soyuz visit to the station from 8 days to one month. If this was to occur, then Brightman would have to give up her seat to the researcher, who plans to carry out a series of longer duration experiments. Additionally, the extended duration of the flight would mean that the fees paid by Brightman for the flight, would have to be increased. The exact increase in fees has not yet been calculated.

Below: ESA video on the ExoMars drill.