Following the Ministry of Finance blocking the acceptance of Poland into the European Space Agency (ESA), a public action has been initiated to overturn this decision. 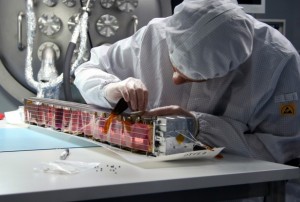 Poland and ESA held successful negotiations regarding the technical aspects of the nation’s inclusion in the first quarter of 2012, sending the ball to the Polish government’s court for the final decision. The time margin is minimal, as the agreement has to be signed well in advance of this November’s ministerial council for Poland to be able to participate. It is worth noting that Poland has signed the Date Cooperating State (ECS) Agreement in April 2007 and the PECS charter one year later. Even though Poland is not yet a full member state, it has benefited from cooperating with ESA. According to the official ESA website, Poland runs 15 projects under the PECS agreement, with significant participation in Earth Observation. Moreover, on February 13 of this year the first Polish satellite PW-Sat, built by students from the Warsaw University of Technology, was launched into space by ESA’s Vega rocket. Two more satellites are planned to launch over the next year, with a big contribution from young engineers, alumni of ESA educational programs. According to Polish media, all government ministries and decision makers are in favor of Poland joining ESA, with one key exception. The Ministry of Finance has vetoed the move from the start, claiming that the related expenditure would be high and not necessarily beneficial. As time is pressing, a group including representatives of kosmonauta.net was created to attempt to change this negative decision, underlining the technological and political benefits that an ESA membership entails. 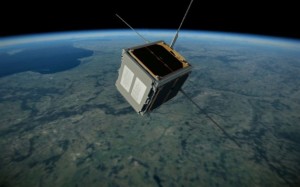 By joining ESA, Poland will increase its know-how and support in scientific programs, human spaceflight, and satellite projects, but also security applications and navigational services. According to the group, Poland will actually register losses higher than 495 million euros, should it not join ESA, since local alternatives would not be available. This contradicts the main argument posed by the Ministry of Finance. Moreover, the timing of this year’s ministerial council provides a historical opportunity for Poland to be part of a critical strategy decision that will affect Europe for the next decade. Decisions are expected to be made on numerous important projects, regarding the International Space Station, the successor to the Ariane 5 rocket or the ATV program, and others. Finally, another factor to be taken into account is that Czech Republic and Romania, countries with similar background but significantly less population than Poland, are already members of ESA and falling behind politically is something that would concern the Polish politicians. Isolation from its European counterparts would translate to a lot of negative outcomes, such as having to purchase more expensive GNSS services. This group has been met with support from academia and international entities, pointing out that a potential entry of Poland to ESA would lead to modernization of the country and a revitalized market with new jobs opportunities. In the video below, a short official presentation of PW-Sat  (Credits: Paweł Sańczyk, PW-Sat). [youtube http://www.youtube.com/watch?v=dfz0gybSGtc]