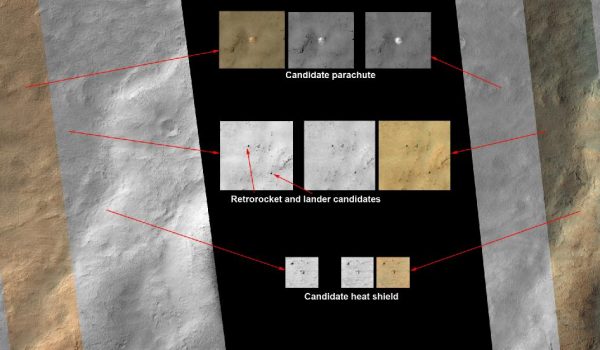 The first probe to successfully land on Mars may have been found by Russian space enthusiasts, using images from the NASA’s Mars Reconnaissance Orbiter (MRO), revealed NASA in a press statement dated 11th April. 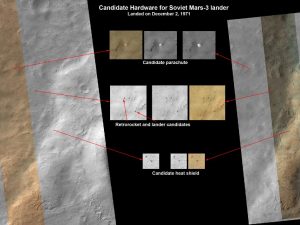 The Soviet probe, known as Mars 3, successfully reached the surface of the Red Planet on December 2nd, 1971, but functioned for less than 2 minutes before contact was lost. It was suspected that a build up of static electricity, caused by a passing dust storm, resulted in a malfunction with the probe’s electronics. Mars 3 contained an orbiter segment, as well as a lander, and small rover carrying a dynamic penetrometer and a radiation densitometer. Having located Mars 3’s landing ellipse in an image from MRO’s HiRISE instrument, Vitali Egorov, head of Russia’s largest Curiosity Rover enthusiasts group, decided to use the Russian equivalent of Facebook, Vkontakt, to crowdsource efforts into finding the missing probe. Given that the image in question contained over 1.8 billion pixels, at a resolution of 30cm per pixel, it seemed like a reasonable timesaving measure, especially as the lander segment of the probe would have measured just 8×8 pixels in the image.“I divided the big photo into 20 parts, loaded them into a network and invited all interested to take part in the search,” said Egorov. “A dozen enthusiasts responded. They began to find pieces and loaded into a separate album the most interesting findings.”Senior scientists at NASA were skeptical at first, and informed Egorov that he must build his case before they could commit resources to assist. So the team set about locating the lander’s parachute, the heatshield and the backshell.
Once this information had been found to a reasonable level of probability, Egorov approached NASA’s MRO team with the fresh information, and was surprised at their swift response. “NASA agreed to direct their Mars orbiter to search in a place where something seemed interesting to a boy from Soviet Russia.” said Egorov. The MRO was repositioned, allowing new images to be taken for comparison with the previous image, taken in 2007, and for confirmation of the results. 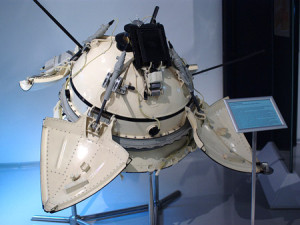 It transpired that the HiRISE team operates a project known as HiWish, where professionals or amateurs can direct NASA to image certain areas of interest on the Martian surface, provided they have sufficient evidence of interesting features, and on this occasion, it seems that the Russian team had exactly that.

With the findings confirmed, a swift announcement followed: “Then we had a week to prepare the press release, “stated Egorov. “This, by the way, emphasizes the ethics of NASA. They could have written their own release and not mentioned us. However, perhaps it’s just the international principles of cooperation.”

Egoroy now plans to locate the Mars 6 lander, which went missing in March 1974.

Note: HiRISE principal investigator Alfred McEwen has commented on The Planetary Society’s blog that the HiWish program is currently underutilized, so if any readers have a good justification for repositioning the MRO, then just contact the folks at HiWish, and you may be lucky enough to locate some historical space debris for yourselves.

Below: KGUN9 newsclip of the discovery: