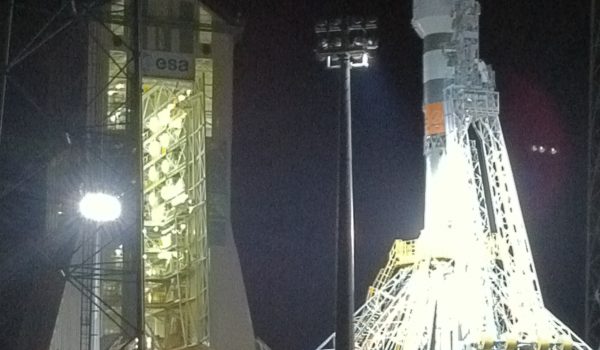 The European Soyuz on the launchpad in Kourou.

Source ESA, 20 October 2011: Following an anomaly detected during fueling of the Soyuz launcher’s third stage, the final countdown has been interrupted. Soyuz and its two Galileo IOV satellites, along with the launch facility, have been placed in a safe mode. A new launch date will be announced later today.