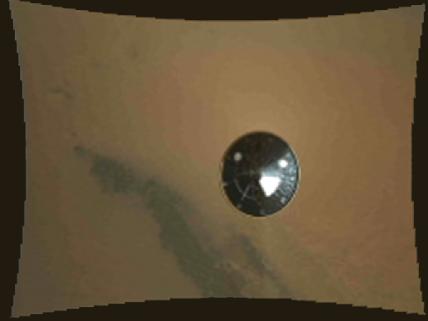 Even before its wheel very gently struck Martian soil on August 6, the Mars Science Laboratory Curiosity started taking pictures. The Mars Descent Imager, or MARDI, started snapping photos from Curiosity’s belly as it hurtled towards the Martian surface. Here, a stop motion video of the last two and half minutes of the rover’s descent, starting with the dramatic release of its 4.5 m  heat shield.

According to NASA, resolution on all early MARDI images is reduced by a factor of 8 to improve transmission speed. The full resolution images will be sent later.