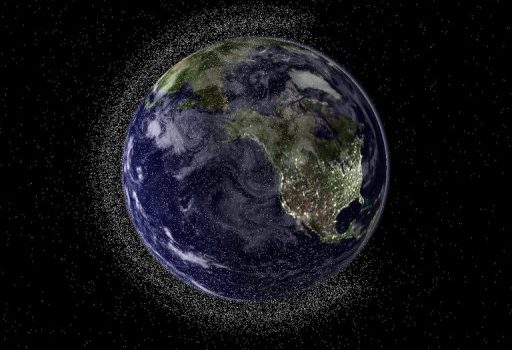 On the heels of the European Conference on Space Debris, which concluded with an emphasis on the imminent severity of space debris fall-outs, Space Safety Magazine sponsor the International Association for the Advancement of Space Safety (IAASS) has released a proposal to establish a regulatory and operational framework for space debris removal.

1) Establish a mixed inter-governmental and private international organization on the model of the early INTELSAT to procure the development, deployment/operations and commercialization of “servicing/removal satellites.” This organization could later transition to a fully private corporation, as INTELSAT did. We refer to this organization as INREMSAT, for International Removal, Maintenance & Servicing Satellite.

2) INREMSAT Subscribing Governments should concurrently commit, through the signature of a separate legal instrument (treaty or agreement), to procure on a commercial basis the removal of a number of existing “big” space debris (dead satellites and spent upper stages) created by their national space missions or by the commercial space activities of their nationals. Countries not participating in the INREMSAT consortium would be also invited to join such a treaty/agreement. A country that commits to the removal of its own space debris would be allowed, potentially by the World Trade Organization (WTO), to impose a national “space-garbage-collection” tax. Such a tax would be levied on the final users of space-based commercial services available in the country.

3) Space-faring countries would make changes to their national space licensing rules by introducing a “round-trip ticket” clause as prerequisite to obtain a license to launch or operate a satellite, by means of a domestic or foreign launcher. Such a clause would apply to both the satellite and the upper stage(s) of the launch vehicle. Specifically, the “round-trip ticket” clause would require that the operator demonstrate that either the system in question has the capability and intent to autonomously perform  a safe, controlled reentry or removal to a graveyard orbit at the end-of-life , or that they have contracted INREMSAT or a similar commercial service provider for such activity. Furthermore, the operator would be required to take an insurance policy in case a failure or malfunction prevents execution of the planned autonomous disposal. The insurance company would then procure and cover the cost of the relevant disposal service.