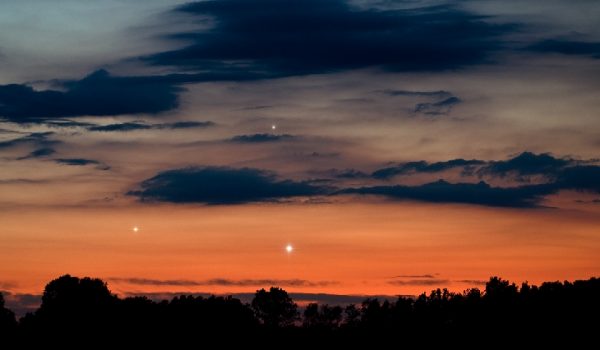 It’s a good week to look up at night, with quite a bit of activity taking place over our heads.

The most anticipated astronomical event was the closest triple conjunction of Venus, Jupiter, and Mercury on May 26, the brightest planets now in the sky. The planets will begin drifting out of this configuration, but will still be visible just after sunset for a few more days. 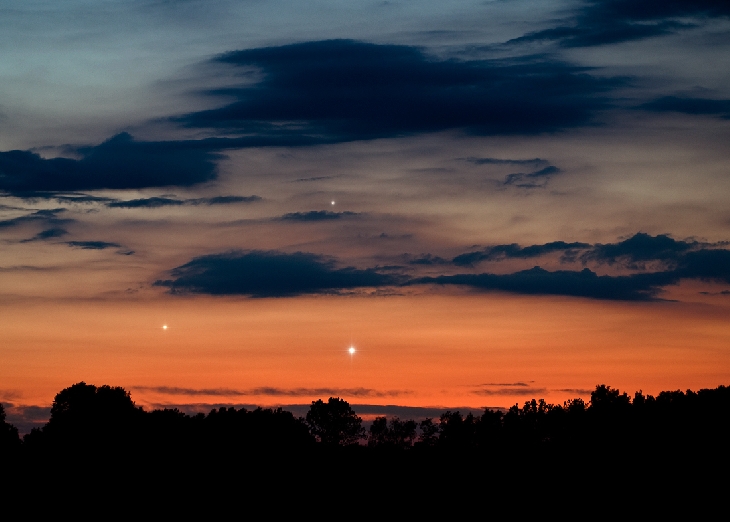 Photograph of the triple conjunction of Venus, Jupiter, and Mercury on May 26 outside Szubin, Poland (Credits: Marek Nikodem/Spaceweather.com).

Anyone on the eastern coast of the United States who kept their eyes pealed a bit longer that evening would have seen an additional treat. Twitter lit up around 9 PM local time with meteor sightings all up and down the coast. The American Meteor Society reports that they have confirmed two separate fireball events visible from the coast, one just after 9 PM and another three hours later. The first one in particular was noted as unusually bright, clearly visible against an incompletely dark sky. The only meteor shower that had been anticipated for the evening was International Meteor Organization (IMO) #79, although it could also have been associated with the tale end of the η-Aquariids.

To round out the excitement, an electron storm sprung up May 26, sporting 700 km/s solar wind streams that prompted the US National Oceanic and Atmospheric Administration (NOAA) to warn satellite operators their craft may be experiencing significant electrical charge accumulation. The bombardment did not instigate a geomagnetic storm, but couldn’t have hurt auroral displays.  NOAA is experimenting with a new auroral forecasting model while it’s POES satellite is undergoing maintenance:

NOAA is testing a new aurora forecast model while its usual POES is out of commission (Credits: NOAA).