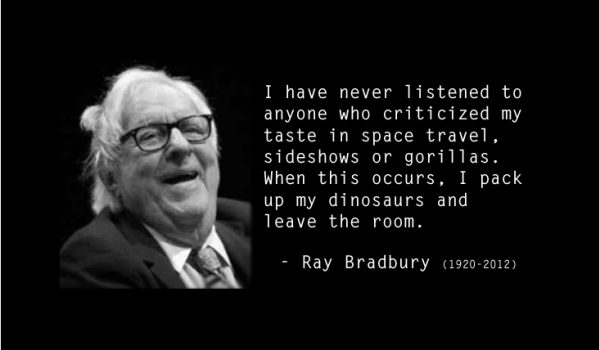 NASA has named the site of Curiosity’s landing on Mars for the late author Ray Bradbury. In this video from November 12, 1971, Ray Bradbury takes part in a symposium at Caltech with Arthur C. Clarke, journalist Walter Sullivan, and scientists Carl Sagan and Bruce Murray. In this excerpt, Bradbury reads his poem ‘If Only We Had Taller Been’. Bradbury, a well known science fiction writer perhaps best recognized for The Martian Chronicles, died on June 5, 2012. He would have celebrated his 92nd birthday on August 22.