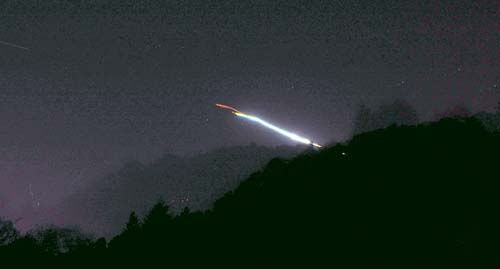 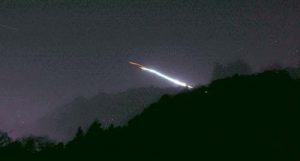 On October 17, a fireball streaked across northern California, emitting a sonic boom that had residents calling reports into the police and local news stations. The fireball is being attributed to an early Orionid meteor. The main contingent of the Orionid shower, which results from remnants of Halley’s Comet, is due to arrive October 20-21, during which time skywatchers can expect to see up to 25 meteors an hour. The Orionids, so called because they appear to emanate from the constellation Orion, are among the fastest meteors but sport persistent tails, making them ideal for observing.

Here, a view of Wednesday’s preview: