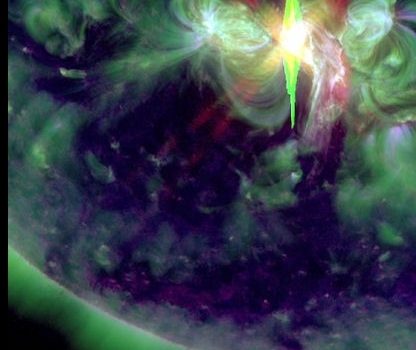 On July 2, the Solar Dynamics Observatory (SDO) and Solar and Heliospheric Observatory (SOHO) spacecraft captured a solar flare spitting out a coronal mass ejection (CME) from sunspot AR1515. The CME is of moderate strength – M-class but nearing the most severe X classification. The CME is not likely to seriously threaten Earth assets as it will only strike a glancing blow at the magnetosphere but it will add a colorful addition to the traditional fireworks celebration of the American independence day on July 4.

Watch the solar flare as recorded by SDO: