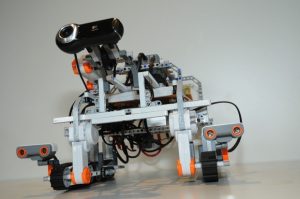 International Space Station expedition lead Sunita Williams recently steered a Lego Mindstorms robot at an ESA facility in Darmstadt while she was orbiting overhead, proving that future space explorers could directly control a vehicle on a planetary surface while staying out of harm’s way.

NASA and the European Space Agency (ESA) have successfully demonstrated an ”interplanetary” communication network that one day may enable internet-like communications between space mission controllers and deep space spacecraft or robotic rovers on another planet.

“The demonstration showed the feasibility of using a new communications infrastructure to send commands to a surface robot from an orbiting spacecraft and receive images and data back from the robot,” said Badri Younes, deputy associate administrator for space communications and navigation at NASA Headquarters in Washington.” The experimental DTN we’ve tested from the space station may one day be used by humans on a spacecraft in orbit around Mars to operate robots on the surface, or from Earth using orbiting satellites as relay stations.”

At the core of the DTN suite is something called the Bundle Protocol (BP), which allows standardized communications similar to the World Wide Web Internet Protocol (IP). The big difference between the two is that IP assumes a seamless end-to-end data path, while BP is built taking into account disconnections, errors and delays of signal — glitches that would be experienced in deep-space communications.

“In DTN, data move through the network ‘hop-by-hop,’” reads a NASA press release. “While waiting for the next link to become connected, bundles are temporarily stored and then forwarded to the next node when the link becomes available.”

In due course the DTN technology could eventually become the cardinal technique of communicating between planets, as well as a way to operate deep space robotic rovers from Earth, the space agency said. 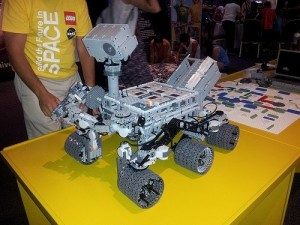 A working replica of the Curiosity Rover built with LEGO Mindstorm (Source: battlebricks.com).

LEGO Mindstorms is an educational construction kit used by universities and laboratories worldwide. It provides a programmable microcomputer and an array of actuators and sensors that can be assembled with traditional LEGO components, enabling rapid development and testing of full-featured autonomous robots. The kit is very popular among space enthusiasts, who constantly push it to the limits, studying new concepts or building replicas of existing ones, such as a working replica of the Mars Curiosity rover  presented at the Build the Future in Space day at NASA’s Kennedy Space Center.

In the video below, a discussion of how Disruption Tolerant Networking (DTN) protocol will support future space exploration by enabling the Interplanetary Internet: