On March 25, Sierra Nevada Corporation (SNC) unveiled at the International Astronautical Federation (IAF) Spring Meeting the new variant of the Dream Chaser spacecraft, the Dream Chaser Cargo System. The new solution has been developed to bid for in the new NASA’s Commercial Resupply Services (CRS2) contract. A crewed version of the Dream Chaser has been already involved with the NASA Commercial Crew Development program since 2009. However, on September 2014, NASA decided not to select the spacecraft for the next phase of program due to lack of maturity.

“SNC is proud to offer NASA a complete system that exceeds all criteria set forth by NASA in the proposal,” said Mark N. Sirangelo, corporate vice president and head of SNC’s Space Systems. 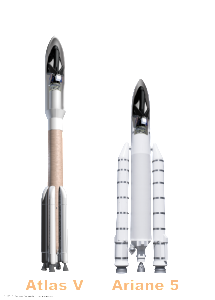 SNC Uncrewed Dream Chaser has been optimized to fit in the fairing of Atlas V and Ariane 5 (Credits: Sierra Nevada Corporation).

The Dream Chaser spacecraft is a low-Earth orbit, reusable, composite, lifting-body vehicle capable of a runway landing. SNC’s new variant differs from the crewed version for folding wing design, allowing the Dream Chaser Cargo System to fit inside the existing fairings, making it compatible with a variety of launchers such as Atlas V, Ariane 5/6, Delta IV, and H-IIB/III. In addition, the system will mount also an additional non-reusable module that will provide an increased amount of cargo space, allowing, according to Sirangelo, to transport 5,500kg of mass exceeding all of NASA’s cargo requirements for pressurized and unpressurized shipment to the International Space Station (ISS). Major highlights of the new Dream Chaser are the high reusability and the non-toxic, non-hypergolic propulsion system that, combined with low-g entry, would allow, according to the Colorado’s based company, a smooth runway landing with an immediate access to the cargo brought back to Earth, such as samples from scientific experiments carried out on the ISS.

The Dream Chaser Cargo System is currently approaching the end of the Critical Design Review phase and SNC has already established a cooperation with Lockheed Martin for the manufacturing of the vehicle. Although Sirangelo did not want to discuss at this phase about the launch cost, he highlighted that since the spacecraft made by composite materials, the cost will likely to decrease with the number of units produced, expecting three to five spacecraft in the first batch, but with the possibility of increasing this number if required by NASA or by the market needs. 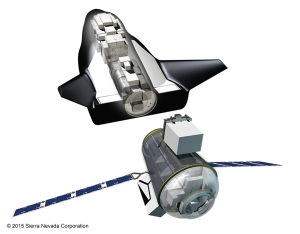 The new Dream Chaser has not been developed only for the CRS2. Sirangelo mentioned also the possibility of using the spacecraft for on-orbit servicing missions with the implementation of robotic capability. Considering the adaptability of the spacecraft to the fairings of different launchers, the Dream Chaser could be also used to foster national space programs, allowing countries with limited or no access to space to purchase a dedicated version of the vehicle to carry in orbit scientific experiments or technology demonstrators and having at the same time the spacecraft gliding back for a re-entry even outside the US.

Sirangelo stated that the Dream Chaser could gracefully land on 2.5 km long runway, with no necessity of a dedicated spaceport, virtually allowing the spacecraft to reenter almost everywhere in the world.

The Dream Chaser operations raise two important issues. The first one is related to the abort mode, when, due to failure or malfunction, the vehicle is not able to achieve the desired orbit and has to use an emergency landing site. The other issue arises in case of an accident during the reentry, as happened for the Shuttle Columbia, when the Dream Chaser trajectory would fly over for thousands of kilometers the controlled airspace. 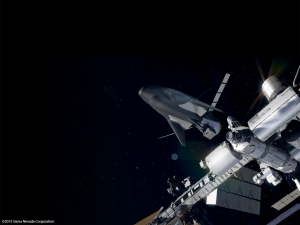 Tommaso Sgobba, Executive director of the International Association of Advancement of Space Safety, raised the issue about the Dream Chaser’s abort mode at the ICAO-UNOOSA AeroSPACE Symposium, held in Montreal on March 18-20. “The Dream Chaser will necessarily need, as the Shuttle, abort landing sites at several civil airports around the word,” said Sgobba reached by email by Space Safety Magazine. “Therefore the hypothetical point-to-point international transportation scenario that may trigger a possible involvement of ICAO would become a reality (although for contingency situations) within the next 3-4 years, which is much earlier than expected”. Sgobba continues saying that “the Dream Chaser would glide for thousands of kilometers and the relevant air traffic control procedures may need to be pre-defined and coordinated with several overflown countries.”

The current concept applied to suborbital vehicle operations safety is based on ‘segregation’. It consists in applying large, static airspace reservations that encompass the vehicle trajectory and its potential debris field which is extended in time from before the flight to after its completion. However, the same concept cannot be applied to the reentry of an orbital winged vehicle like the Dream Chaser itself. Therefore, dedicated airspace management techniques, similar to those developed and implemented after the Shuttle Columbia accident, would need to be put in place in coordination with aviation authorities.
Sgobba, who is co-author of the book “The Need for an Integrated Regulatory Regime for Aviation and Space, ICAO for Space?” advocates the practical benefits of directly expanding the ICAO Convention domain beyond the airspace to include the outer space up to the geosynchronous orbit.

SNC has set 1 November, 2016, for the first unmanned flight of its Dream Chaser. It will launch atop an Atlas V from Florida’s Kennedy Space Centre.

The video below shows a CRS2 mission with SNC Dream Chaser, from launch on a Atlas V rocket, delivery of cargo to the ISS, cargo module disposal, low-g, gentle runway landing, return of cargo and sensitive science payloads (Courtesy of Sierra Nevada Corporations).