The European Experimental Reentry Test Bed may never be deployed following the cancellation of its inaugural launch aboard a Russian missile. 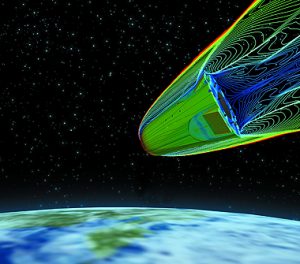 The European Space Agency (ESA) has been developing the capsule, named Expert (European eXPErimental Reentry Testbed), since 2002 and its construction was finally completed several months ago, with a significant contribution from the Italian Space Agency (ASI) and a final cost of more than 50 million euros. According to the project’s official website, the top objectives include “to obtain flight data associated with critical ATD phenomena, such as boundary layer transition, gas surface and shock layer interactions, real-gas effects and plasma chemical composition” and “to reduce design margin and uncertainties using in-flight measured data to validate numerical database, computer fluid dynamic tools and to correlate ground test results”. 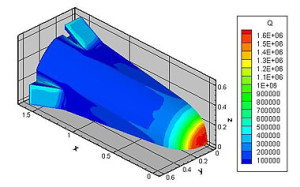 Another objective of Expert is to test materials for ESA’s Intermediate Experimental Vehicle (IXV) which will be launched in 2014, carried by the new Vega small-satellite launcher. Expert is 1.6 meters long and masses 450 kg, including the 150 sensors with which it is equipped. A Russian converted Volna missile was supposed to launch Expert from a submarine in the Pacific Ocean to an altitude of 120 km, reaching speeds of five kilometers per second, before it deployed its parachute system and landed in the Kamchatka peninsula in Russia. The launch, which would cost the relatively low amount of two million euros, was scheduled initially for two years ago but now, according to a Thales Alenia Space Italy official, the Russian Ministry of Defense has changed its mind and will not convert the Volna rocket. Thales Alenia Space Italy is Expert’s and also IXV’s prime contractor. Thales still has not given up on an on-time launch for Expert, keeping the satellite in storage while trying to broker a launch agreement, this time with the US. In the video below, an ESA presentation of Expert capsule: [youtube http://www.youtube.com/watch?v=cf5G0-s0Gjw]