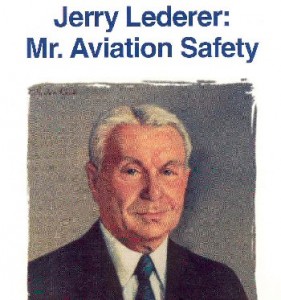 Embry-Riddle University in Florida, United States has opened the Jerry Lederer Aviation Safety Library. The library, located in the university’s Aviation Safety and Security Archives, was donated by the Flight Safety Foundation.

“The Jerry Lederer Library collection is filled with valuable historical documents and it needed a home where it would be accessible to researchers and educators. Quite simply, this collection provides a timeline of aviation safety,” said William R. Voss, President and CEO of the Flight Safety Foundation. “While (the Foundation) was honored to house our founder’s library for many decades, its new home at Embry-Riddle will allow better access for all.”

Jerry Lederer, the founder of the aviation Flight Safety Foundation, also inspired the model on which IAASS and ISSF are based. IAASS has named its Jerome Lederer Space Safety Pioneer award after Lederer, whose groundbreaking safety studies in aviation lead to a second career as NASA’s director of Manned Space Flight Safety, an office he estbalished.

Lederer viewed human factors such as motivation and performance limitations as significant contributors to risk management, just as much as technical redundancy and backup capabilities. “The most important thing I did was t oestablish ways t omotivate everyone involved in the project to do a good job and to be rewarded for doing a good job,” said Lederer according to Fligth Safety Digest. His motivation schemes included distributing tiny objects that had travelled to space on various missions.

Lederer, who died in 2004 at the age of 102, received over 100 awards during his life in recognition of his contributions to aviation and space flight safety.