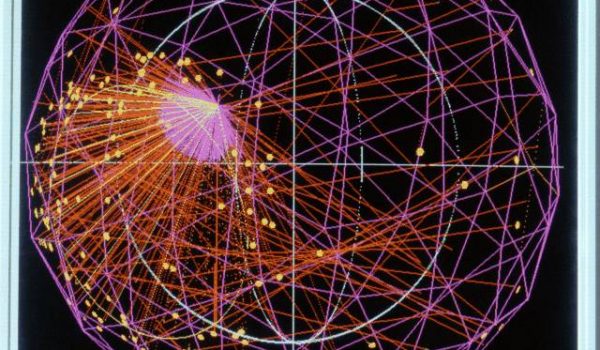 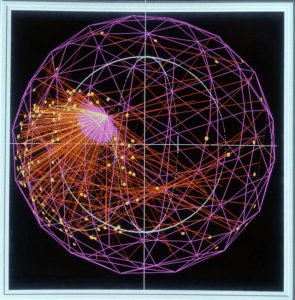 With increasing orbital assets as well as dependecy on earthly electronics, humanity’s exposure to solar storm disruption is ever increasing. Scientists at Purdue and Ohio State Universities may have discovered a method to predict such storms hours before a solar flare even occurs.

“We have repeatedly seen a precursor signal preceding a solar flare,” said Ephraim Fischbach, a Purdue University professor of physics and one of the researchers. “We think this has predictive value.”

The precursor proceeds from a change in the decay rate of radioactive elements on Earth. Classical physics dictates that these decay rates should be constant; however, the researchers have observed consistent fluctuation in those rates preceding 10 solar flares observed since 2006. The scientists hypothesize that the decay rates are influenced by streams of solar neutrinos, a notoriously difficult to detect particle that interacts with matter very weakly. The direction of the rate change varies as does the time between the observed change and its accompanying solar flare. “When the Earth is farther away, we have fewer solar neutrinos and the decay rate is a little slower,” said Jere Jenkins, Purdue’s director of radiation laboratories. “When we are closer, there are more neutrinos, and the decay a little faster.”

Neutrinos are subatomic particles of essentially no mass or charge and it is not known how they could effect a change in radioactive decay. But, says Jenkins, “Either neutrinos are affecting decay rate or perhaps an unknown particle is.”

The latest findings have been published in the August issue of the journal Astroparticle Physics and Purdue is looking to patent its detector system. Whatever the underlying mechanism, the existence of a measurable signal, observed as much as 39 hours prior to a solar storm, could be a significant boon to satellite operators, spacefarers, and electrical grids. As Fischbach says, “Having a day and a half warning could be really helpful in averting the worst damage.”

The recording below is an audio representation of recoiling electrons from solar neutrino collisons with atomic electrons as detected by Super-Kamiokande: