Satellite images reveal the ongoing violence taking place in Syria according to the US State Department. In a Facebook posting on February 10, the State Department shared images that show artillery batteries, armored vehicles, fire, and evidence of shelling in several Syrian cities, include Homs, considered to be the center of anti-government resistance.

“Satellite photos have captured both the carnage and those causing it — the artillery is clearly there, it is clearly bombing entire neighborhoods, and it marks a new low for the Assad regime,” US ambassdor to Syria Robert Ford wrote in a Facebook posting.  The State Department withdrew from the embassy in Damascus on February 6.

The image below was generated by a commercial satellite operated by DigitalGlobe and was taken on February 6. Interpretation was provided by the US State Department. 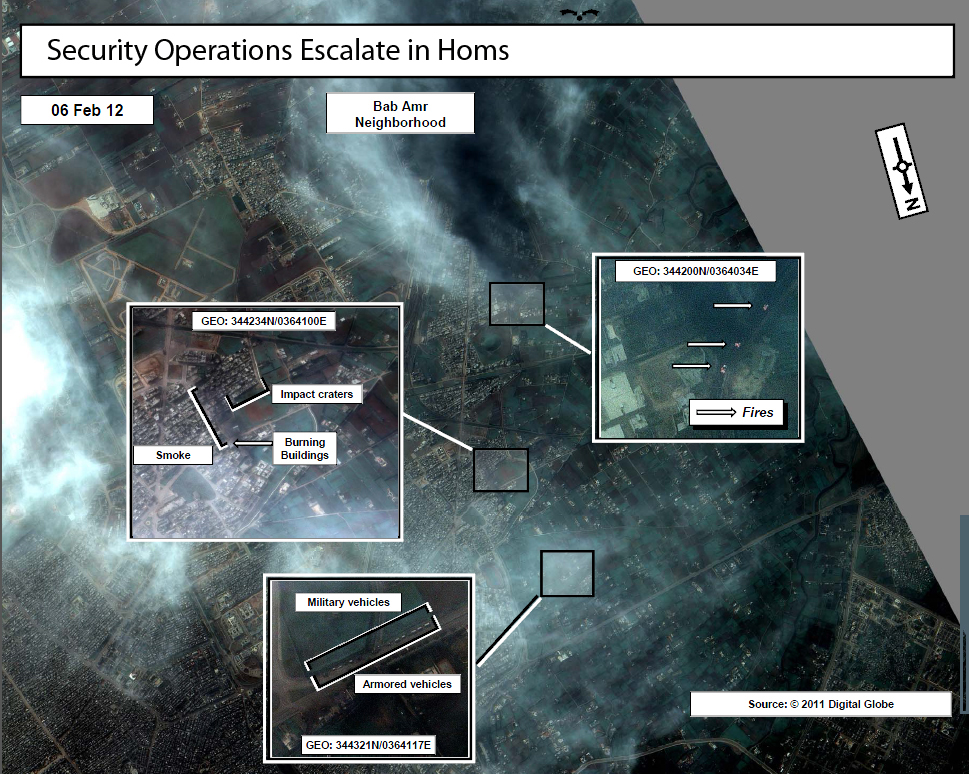