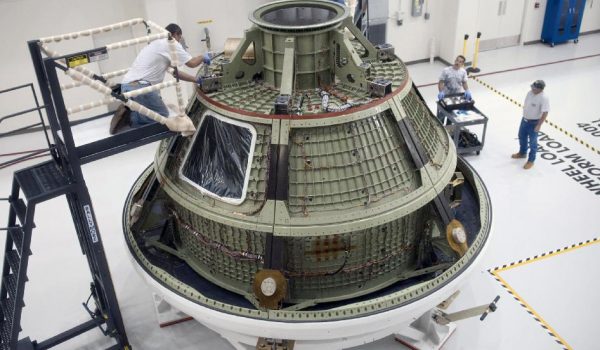 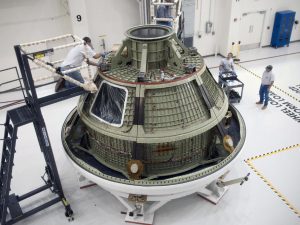 Marshall’s Space Flight Center engineering team is testing several crucial parts of the Orion service module, to insure it can survive long term missions into deep space. The testing consists in structural load cells, measuring the structural performance, more specifically how the material will behave when the weight is added.

According to Scott Chartier, a test engineer in Marshall’s Propulsion System Test Branch, “Marshall was called upon to assist since we had the necessary test facilities and experienced team that could move out quickly to take on the very complex test.”

Two of the three tests have already been done, to validate specific structural pieces of the spacecraft, the conical adapter and the shear panel. The testing campaign aims at validating the design, manufacturing process and the load bearing components capability.

The upcoming tests will be providing information that will be used for the final acceptance, and will be incorporated into the Orion Exploration Flight Test 1 (EFT-1).

This testing series, which will also validate the heat shield,  will ensure the service module’s capability to return the crew to Earth after a deep space mission.

The spacecraft is designed to carry cargo and crew, and will be launched atop NASA’s Space Launch System (SLS), expanding the limited launch capability currently available and enabling new exploratory mission in the solar system.