On April 21, Orbital Sciences successfully launched its Antares rocket on its first test flight from Wallops Island. In lieu of the real Cygnus capsule, this Antares carried a Cygnus mass simulator just to go along for the ride. The rocket’s onboard camera caught this image shortly after separation of the simulator. Both Antares and the Cygnus simulator are expected to remain in orbit for several months until they accumulate enough drag to reenter the atmosphere. 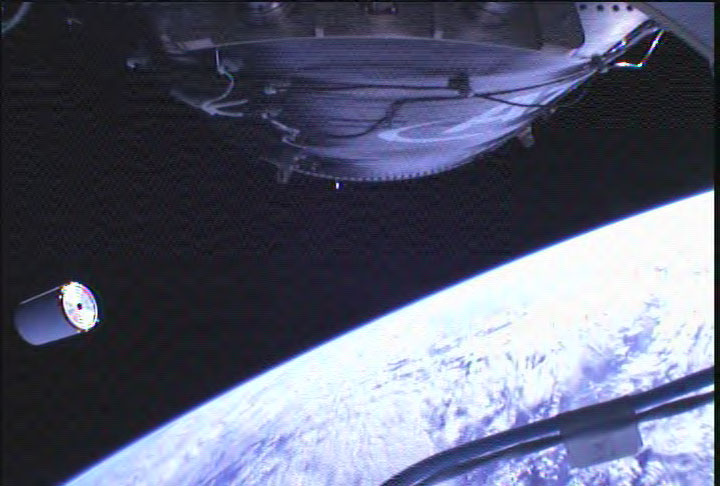 The next Antares launch will carry a real Cygnus with a small cargo for the COTS demonstration mission. That trip will include a Cygnus berthing at the International Space Station.