The Space X Dragon capsule, loaded with 550 kilograms of non-critical cargo, aims to be launched on a newly scheduled launch date of May 19. A possible back up opportunity will take place three days later on Tuesday May 22. After the software assurance processes were successfully completed, it seems there is nothing blocking the way for the Falcon rocket to send the Dragon capsule on its premier flight towards the International Space Station. If everything goes according to plan, the first private space cargo transporter will set off to low Earth orbit five minutes before 9 am GMT next Saturday from Space Launch Complex 40 at Cape Canaveral Air Force Station in Florida. 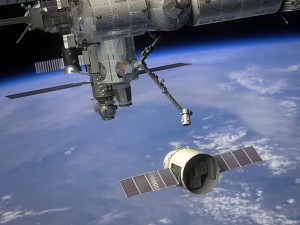 The Dragon capsule is expected to dock with ISS and deliver about 550 kilograms of non-critical cargo (Credits: SpaceX).

This week Space X spokeswoman Kirstin Grantham commented on the examination processes that caused the slippage of the initial schedule from May 7: “Thus far, no issues have been uncovered during this process, but with a mission of this complexity we want to be extremely diligent.” NASA’s associate administrator for Human Exploration and Operations William Gerstenmaier confirmed her words a few days later: “After additional reviews and discussions between the SpaceX and NASA teams, we are in a position to proceed toward this important launch. The teamwork provided by these teams is phenomenal. There are a few remaining open items, but we are ready to support SpaceX for its new launch date of May 19.” 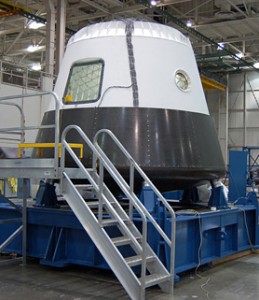 However, everyone at SpaceX is probably becoming a little bit nervous. The new launch window is extremely narrow and if the opportunity is missed the next will take place three days later. The reason for that is the need to use the most fuel efficient route to ISS. All the test maneuvers that have to be performed are extremely propellant consuming and the highest level of efficiency is therefore required.

In case the May chances are missed completely, the actual launch may take place no earlier than in September.  It is certain that everyone involved in the $ 1.6 Billion Commercial Orbit Transportation Systems project  is eager to finally celebrate a breakthrough success as the mission has already been previously delayed.

The following video is a reminder of SpaceX Dragon mission.
[youtube http://www.youtube.com/watch?v=DxjJgGn-7EU]