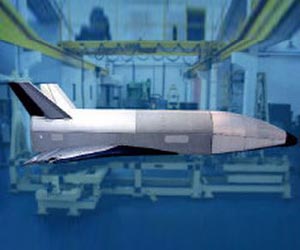 An engineering model of the RLV technology demonstrator (Credits: ISRO).

The Indian Space Research Organization (ISRO) received governmental approval to move forward with construction of its reusable launch vehicle (RLV) technology demonstrator. The winged RLV is seen as a first step towards development of a two stage to orbit RLV.

The design clearance comes several days after an announcement from the Indian Air Force (IAF) cast doubt on scheduling of crewed Indian missions. IAF, which signed a memorandum of understanding with ISRO on December 30 to provide astronaut crew selection facilities, indicated that preliminary astronaut selection would not take place until 2020, with an actual crewed launch to occur much later. It had been previously indicated that an initial crewed mission could take place in 2020. 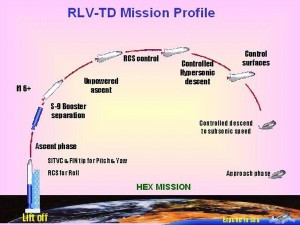 Lieutenant General H L Kakria, in making the announcement for IAF, also seemed to cutoff potential for ISRO to collaborate with more advanced partners in their space quest, maintaining that all development for the mission would be solely indigenous.

The RLV is intended to test several indigenous capabilities, including hypersonic flight, autonomous landing, and powered cruise flight, hypersonic flight using air breathing propulsion. Testing is scheduled to begin later in 2012, but a launch date has yet to be fixed.

The NDTV report below explores what some are calling “India’s Space Shuttle.”