China’s Long March -5, -6, and -7 are expected to make their maiden flights by 2017. The Long March rocket family has already proved to be efficient and reliable, making more than 150 flights, including the launching of the Shenzhou manned spaceships and China‘s lunar orbiters. 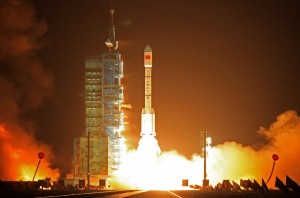 According to Yu Menglun, rocket scientist and member of the Chinese Academy of Sciences, China has made efforts to develop a safe and highly reliable new generation of rockets, while also keeping the cost and the toxic pollution at a minimum. Since 1956, when China started developing its own modern carrier rockets, the Long March rocket family has become their number one carrier for satellite and spacecraft launching.

China didn’t launch its first satellite until 1970, and the Long March rockets didn’t enter the international market until 1990. Despite some early setbacks in the early 1990s, 75 consecutive successful launches were conducted between 1996 and 2009. The launches have taken place mainly from China’s three launch centers in Jiuquan, Taiyuan and Xichang, but currently a fourth launch center is under construction in Wenchang, in the island of Hainan. The four existing configurations, Long March -1, -2, -3 and -4, will be complemented and succeeded by Long March -5, -6 and -7. Long March -5 is expected to be launched in 2014 from the new satellite launch center in Wenchang.

In the video below, Chinese space experts comment on the progress of the new generation rockets (Credits: CCTV):
[youtube http://www.youtube.com/watch?v=FC_6EILiaK8]