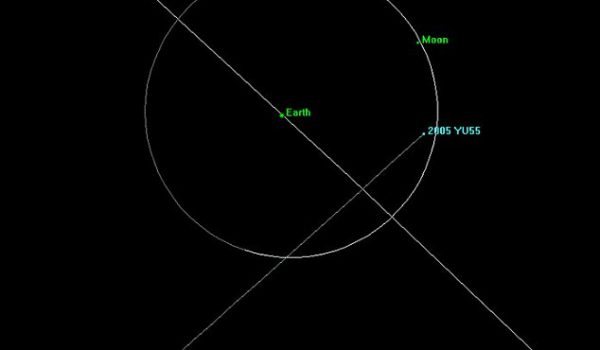 Asteroid 2005 YU55 made its closest approach to Earth on November 8 at 10:28 PM GMT. According to NASA, the asteroid passed within 324,600 km of Earth’s center. As anticipated, there was no impact to Earth from the event. No gravitational effects are expected.

On November 7, the 70m Deep Space Network radar antenna in Goldstone, CA recorded the following video. According to NASA, this is the highest resolution radar image ever generated of a Near Earth object.