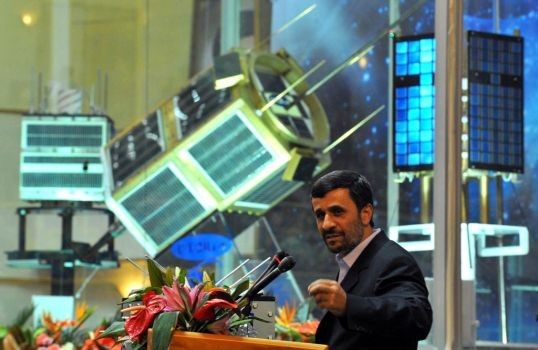 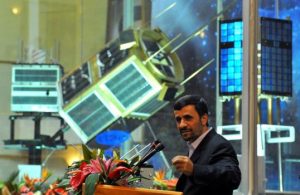 Iran is one of the 24 founding members of the UN Committee on the Peaceful Uses of Outer Space and became the 9th country with satellite launching capability in 2009. On February 3 Iran launched its third satellite, named Navid meaning Promise.

“The launch of Navid-e Elm-o Sanat satellite into orbit using Safir satellite carrier was not simply an aerospace operation, but stood for creativity, self-reliance and wisdom of Iran’s aerospace engineers,” Brigadier General Ahmad Vahidi said speaking of the event on February 5. The timing of the launch was scheduled to contribute to Ten Day Dawn celebrations marking the 33rd anniversary of the 1979 Islamic Revolution. 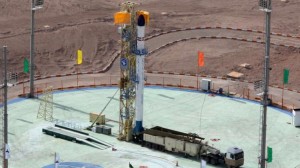 The 50-kilogram orbiter lifted off into space with an orbital angle of 55 degrees on the Iranian-made Safir satellite-carrier. Navid is supposed to take high resolution images and collect weather data.Navid will have a final orbit of 250 x 375 km and will have an image resolution up to 450 m. Despite sanctions from western nations, Iran has successfully launched 3 satellites since 2009. Navid is the second observation satellite following microsat Rassad in 2011.Iran has already sent small animals into space – a rat, turtles and worms – aboard a capsule carried by its Kavoshgar-3 rocket in 2010.

The Iranian Space Agency (ISA) plans to establish a satellite launch base in collaboration with the Defense Ministry. ISA is also working towards a manned mission by 2021. Iran has been  developing a manned space program since a 1990 collaboration collapsed along with the U.S.S.R. Recent media reports indicate that such a mission may be ready as early as 2019.

Below is a recording of the launch: