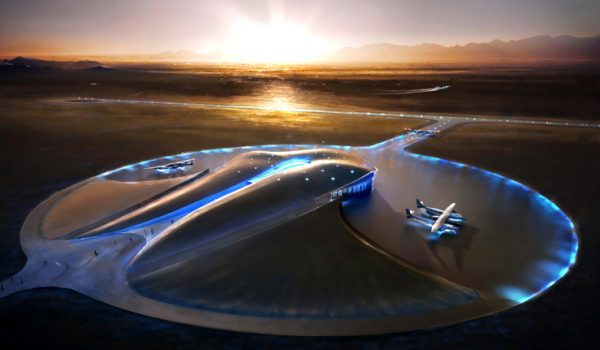 “We are not only reaffirming the major commitment New Mexicans have made to Spaceport America but we now have an even stronger opportunity to grow the number of commercial space jobs at the spaceport and across our state,” said Governor Martinez.

The New Mexico Expanded Space Flight Informed Consent Act is supposed to prevent lawsuit abuse in a business where the risks are inherently higher than other sectors. Moreover, it hopes to ensure that New Mexico’s Spaceport America will become a major economic driver for the rapidly-growing commercial space industry. However, although the legislation reduces the liability, it will require $1 million in insurance for operators. In practical terms, the bill will offer spaceport-related companies protection from lawsuits from passengers on space vehicles, and protect other people and property if something were to go wrong on a launch.

The previous existing legislation, dated from 2010, covered only spaceflight operators such as Virgin Galactic, who were interested in operating their flights from Spaceport America. The new law provides coverage to both operators and their supply chain especially in these early years when the industry is still developing its potential. To this end, New Mexico is trying to attract new commercial space tenants and customers for human spaceflight operations at Spaceport America, with the intention of bringing more jobs to the area. Spaceport America has already employed over 1,100 people for the construction of the site. The law passed at the third attempt, with significant lobby action from aviation groups. According to the bill’s supporters, New Mexico had to pass the bill to remain competitive against other states that have passed similar legislation.

18 vertical launches have taken place at the spaceport to date and the activity is expected to grow when Virgin Galactic begins its operations. In 2008, Virgin Galactic rented the main terminal hangar facility signing a 20-years contract, in order to capitalize early on the expected growth.

Below: Video tour of Spaceport America.