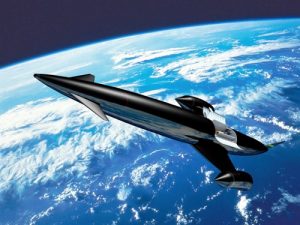 The UK government has announced plans to invest about $90 million in the development of Synergistic Air-Breathing Rocket Engine (SABRE), intended for a single-stage-to-orbit space plane. The decision follows the success of feasibility testing managed by European Space Agency (ESA).

“The idea behind the engine is that the vehicle flies to about Mach 5 in the lower atmosphere using air-breathing before it switches internal liquid oxygen for the rest of its flight to orbit,” said Mark Ford, head of ESA’s propulsion section.

The investment, provided through the UK Space Agency, will be used to build a prototype of the engine designed by Reaction Engines Ltd (REL). The rocket motor will work using atmospheric air in the early part of the flight before switching to rocket mode for the final ascent to orbit. The concept makes possible the creation of reusable space planes, able to fly from conventional runways. REL is planning to use SABRE on Skylon, an 84 meter-long automated vehicle that will operate like an airplane in the early and final phase of the flight. This will have the potential, according to the UK firm, to revolutionize access to space. Skylon would be able to deliver payloads of up to 15 tons into Low Earth Orbit at a fraction of the cost of using rockets, making a single leap to orbit, rather than using and dropping propellant stages on the ascent. 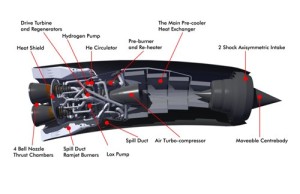 The investment follows the successful ESA-managed tests of the precooler, a key element of the SABRE design, in November 2012. The hardware is needed to chill the hot air entering the engine at hypersonic speed. At that speed, the air, extremely fast, needs to be slowed down in order to be burnt in the engine. The slowdown raises the temperature of the air to a temperature that can exceed engine material temperature limits. Therefore, it was introduced a precooler, light and efficient enough to go into space, to cool the air down to a temperature that is then usable by the engine. By managing the hot air entering it at high speeds, SABRE would be able to get some of the oxygen it needs from the air rather than it having to be stored onboard Skylon, before switching to full rocket mode to reach orbit.

The idea has been around since the ‘50s, but until now nobody had managed to achieve a working system. According to the UK Space Agency, SABRE has the potential to create 21,000 high value engineering and manufacturing jobs, fostering UK access in the rich but conservative launcher market.

A prototype SABRE is expected by 2017, with flight tests for the engine taking place around 2020.