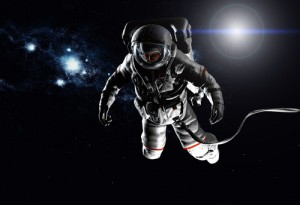 With the Commerical Crew Integrate Capability (CCiCap) program winners announced, NASA is wasting no time getting to work on the next item on its commercial crew checklist: a safety certification process. On August 8, NASA announced details of the process, to be governed by Certification Products Contracts, that will run in parallel with crew capsule developments by SpaceX, Boeing, and Sierra Nevada.

“There are two reasons why we wanted to start now,”  said Ed Mango, manager of NASA’s Commercial Crew Program according to Space News. “We believe that industry is at a point where they are going to need to make some decisions on their design if they would like to try to go after an [international space station] design reference mission. The timing for those decisions is now. It isn’t a couple of years from now, it’s now.”

The Certification Products Contracts (CPC) will not automatically be awarded to the three CCiCap winners. Two to four awards of up to $10 million will be awarded in response to industry bids. The formal request for proposal will be issued in September, but is expected to involve collection of verification records and hazard analysis data.

Commercial crew carriers will not be allowed to carry NASA crew or to dock with the International Space Station without meeting NASA safety standards. Those standards were established in 2011, called the 1100 series. A new standard was required because the commercial designs are so different from each other – and at the same time, much simpler than the Space Shuttle, which was designed to serve many functions other than pure transportation. The 1100 series outlines about 300 requirements for NASA missions to ISS.