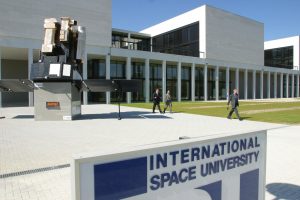 The International Space University, after which the IISS is modeled – (Courtesy of ISU).

Joe Pelton for the Space Safety Magazine: Ever since the founding of the IAASS six years ago and the ISSF three years ago, the creation of an International Institute for Space Safety has been a part of our vision. As the age of commercial space travel now looms large and a new cadre of space entrepreneurs challenge us to think in new ways about space travel, we must begin to think more boldly about the future and how space safety can be much better achieved.

Within the past decade space-based communications and navigation systems have become absolutely vital to aviation safety and increasingly so for space missions. Hybrid vehicles that are part space vehicle and part aircraft will redefine what we mean by space transportation. Over time these vehicles will take us into new and exciting activities that transcend today’s concepts of space tourism or “space adventures”. Bristol Aircraft Ltd. has carried out design studies for a hyperspeed “spaceplane” that might fly 300 passengers from London to Sydney
in a matter of about 3 hours. Aircraft and spaceplanes will routinely share airspace. Bigelow Aerospace is already leading the way forward in deploying private space stations for research and space adventures that go well beyond 4 minutes of weightlessness.

In the next few years space safety concerns will broadly extend to issues such as space situational awareness, space weather, solar flares, space debris and the long-term sustainability of space. Space safety in the 2020s will be a matter of concern to much more than a few space agencies and defense ministries. This will be a concern to almost everyone. Once obscure issues
such as space traffic management will be on the front burner. And how are we equipped to teach young engineers and space systems designer about the demanding science, engineering, and regulatory aspects of space safety to deal with this exciting space future? In a single word “Poorly”. Only a limited number of universities  offer courses in space safety and there are no graduate degrees. The ISSF and the IAASS is seeking to fill this void in higher education. This we are doing by seeking to encourage universities to develop courses in space safety and writing key books in the field plus we are making a concerted attempt to launch the International Institute for Space Safety (IISS) either in the summer of 2012 or the summer of 2013.
We hope that there can be on-site instruction at the beginning and the end of the 1 year course of instruction that will alternate between U.S. and European locations. The key concepts for the Institute, as now conceived by a working group of professors, former astronauts, governmental space agencies and regulators plus industry experts, can be outlined as follows:

In many ways this program is designed on the model developed by the International Space University that I helped to start 25 years ago. It is hoped that the program could expand into a full Master’s degree program that would still allow the certificate program option to continue in addition to the Masters. If we succeed in this effort, then one of the key original visions of the IAASS and the ISSF founders can be achieved. As we say in the field of space safety, the sky is no longer the limit.

The survey can be reached at the address http://bit.ly/iiss_survey_2011.