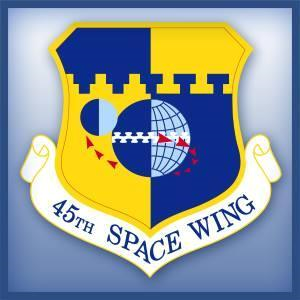 In a March 7 news release, NASA said its Commercial Crew Program is set to return human spaceflight launches to the International Space Station from U.S. soil in the near future. NASA’s critical obligation is to ensure crew safety and success for NASA missions, and the commercial providers are responsible for safe operations of commercial crew transportation systems.

One of the first requirements for the program included provisions to equip spacecraft with launch escape systems to survive launch and ascent emergencies. From there, each design phase has included ever-more-exacting consideration of safety factors in areas ranging from subsystems, to integrated systems to mission operations.

Boeing and SpaceX have built simulators and mock-ups that design teams work in and refine with an eye toward safety, as well as practicality and manufacturing. Like previous human spaceflight programs, the astronauts will have extensive training prior to flight, preparing them to fly the spacecraft on launch day. The crews will have rehearsed every scenario possible in the commercial crew vehicles before their first mission.

Astronauts have been deeply embedded with all of the testing and evaluations throughout, too. They work through regular and contingency scenarios frequently with Boeing and SpaceX designers and engineers.

For the astronauts, the focus on safety permeates everything Boeing, SpaceX and NASA are doing.

Safety considerations go far beyond equipment and reach into numerous processes to make sure unintended consequences of adjustments are fully known.

For example, NASA, the Air Force, Air Force Reserve, and Air National Guard recently held one of their first astronaut rescue exercises of the commercial crew era off of Florida’s coast.

“From a safety perspective, Exercise Tern Migration allowed our Guardian Angel teams an opportunity to refine existing techniques they will use to rescue astronauts during a spacecraft landing contingency,” said Lt. Col. Jason Havel of the 45th Operations Group Detachment 3, who plans the Department of Defense rescue support to NASA. “Our rescue forces conducted four air drop scenarios from a C-17 aircraft allowing us to refine the techniques needed to rescue astronauts from spacecraft during off-nominal landing scenarios.”

During each scenerio, different aspects of recovery operations were focused on, depending on the situation envisioned and teams required. For instance, the operation in Florida required several aircraft and numerous communications links between a network of pilots, controllers and stand-in astronauts spread miles apart from each other as they would be in the unlikely event that their spacecraft had to make an emergency escape from a failing rocket and splash down in the ocean. For that exercise, a life raft about the size of a spacecraft was used by engineers and active duty Air Force personnel acting as astronauts who needed to be pulled from the water and treated. 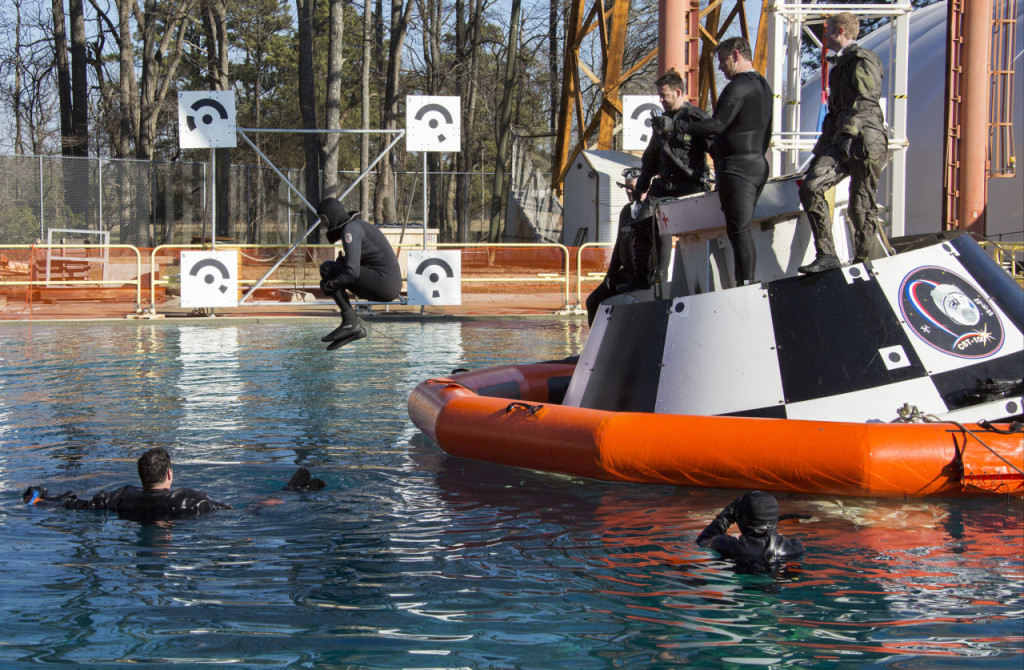 The training at the other locations had a much tighter scope, such as astronauts practicing exiting the capsule inside a Crew Dragon mock-up at SpaceX headquarters in California. At NASA’s Langley Research Center in Virginia, Boeing dropped a Starliner test article into a giant pool to test the company’s contingency landing systems, followed by a test with NASA engineers and Air Force pararescuers to perfect the work needed to climb aboard the spacecraft and stabilize it so astronauts could be safely rescued.

According to NASA, the work rehearsing rescue operations — even using simple stand-ins instead of actual spacecraft – is time well-spent, because it clears up potential confusion. That is vital to the overall focus on safety and the attention to detail that goes with it.

“Exercises like this are extremely important to the development of tactics, techniques and procedures, as well as practicing and refining communication protocols between the flight crew and ground support teams for both NASA and the Defense Department,” said Tim O’Brien of the Ground and Mission Operations Office in the Commercial Crew Program. “While Air Force Reserve pararescuers jumped from the C-17 aircraft and practiced their hands-on skills, real-time coordination took place between those rescue forces, a simulated flight crew, the aircraft, and command centers in order to execute a safe rescue scenario. Every time we conduct an exercise like this, we learn and improve our processes.”

Boeing and SpaceX are developing the CST-100 Starliner and Crew Dragon spacecraft, respectively, to take up to four astronauts at a time to the station along with time-critical cargo to the orbiting laboratory. Currently, only a crew of three can travel to the station at a time. By adding a fourth crew member, NASA will double the amount of research time astronauts can perform during their missions, ultimately benefitting everyone on Earth and advancing the technology needed to allow astronauts to make the journey to Mars.