Space Safety Magazine would like to caution readers that the veracity of this report has come under question. Although the article below was written with reliance on what were considered to be reliable reports from mainstream media sources, additional information has come to light which casts doubt on the story. Space Safety Magazine is indebted to Spaceref’s Keith Cowling for his research on this matter and continues to investigate the source of the story.

The mediaeval alchemists searched for it for centuries. Millions of women worldwide are willing to pay thousands of dollars for it. Now it seems that NASA scientists have a huge success to their name.  The elixir of eternal youth was mixed with the intention of protecting astronauts from dangerous radiation. And guess what…. An 800 milliliter dose that lasts for almost two weeks costs about 50 dollars and shows almost immediate effects. It seems that the golden age of plastic surgery might soon be left behind. 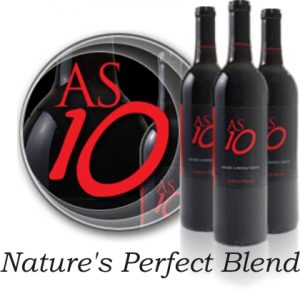 The potion is based on a blend of exotic fruit that contains high doses of vitamins and antioxidants (Credits: American Science).

The space drink blended by researchers at the University of Utah has supposedly unprecedented effects on wrinkles, blemishes, and other skin damage related to UV radiation exposure. Tests were conducted on 180 volunteers with considerable skin damage who were requested to drink 60 milliliters of the potion called AS10 every day. After four months UV spots were reduced by 30 % and wrinkles by 17 %.

If you are already wondering what type of ingredients such a magical solution might contain, the answer is surprisingly simple. No complex chemical substances but the pure products of nature. The drink is mixed from exotic fruits such as acai, acerola, prickly pear, yumberry, grape, green tea, pomegranate or Brazilian cupuacu. They all contain high doses of vitamins and phytochemicals that are able to block the damaging effects of radiation and related free radicals. “The skin is the first body tissue to be exposed to UV rays and we know it is sensitive to oxidative stress,” explained Dr. Aaron Barson, a nutritional scientist at the University of Utah and one of the research leaders.“Our study shows it greatly benefits from a reduction in this stress. The effects of oxidative stress on the skin can be quickly modified and the skin can heal itself by drinking AS10,” he says. 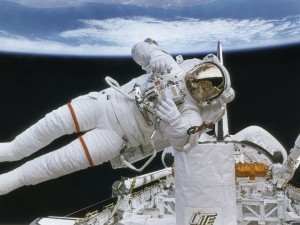 AS10 was initially developed to help to protect astronauts from dangerous radiation exposure (Credits: NASA).

Speaking to Daily Mail of London,  dermatologist Dr. Sam Buntling who conducted digital skin analysis of the research participants said that similar results can be obtained only by a combination of modern cosmetic procedures. “The kind of interventions that might deliver this level of improvement are glycolic skin peels, which use acids to strip away layers of skin, retinoids, high-potency Vitamin C and hydroquinone with the use of sun block on a daily basis,”he said.

A larger study that should verify the current results is planned for this summer.

The following video explains the harmful effects of UV rays on the human body.
[youtube http://www.youtube.com/watch?v=iS9KUcWENl4]