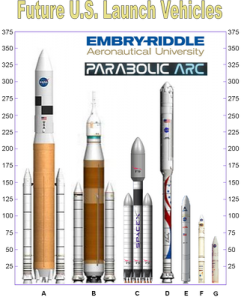 Source NASA: NASA, the National Reconnaissance Office (NRO) and the U.S. Air Force signed an agreement this week to establish clear criteria for certification of commercial providers of launch vehicles used for national security space and civil space missions. The U.S. government is committed to procuring commercial launch services for its satellite and robotic missions, including Evolved Expendable Launch Vehicle, or EELV, launches. The new entrant launch vehicle certification strategy is the latest step in a cooperative effort by the Air Force, NASA and NRO to take advantage of new launch capability for the three agencies’ missions. The agencies previously signed a Letter of Intent in October 2010, signaling their collaboration on launch requirements. A memorandum of understanding was signed in March, outlining their plans for future EELV-class launch vehicle acquisition, including the need for a coordinated strategy for certification of new entrant launch systems. The basis of the new strategy comes from NASA’s existing policy directive for launch vehicle risk mitigation. It also recognizes that mission-unique requirements from each of the three agencies may result in different certification approaches to mitigate launch risk. The document provides a common framework and language among the agencies for communicating expectations to new launch service providers. The risk-based certification framework allows the agencies to consider both the cost and risk tolerance of the payload and their confidence in the launch vehicle. For payloads with higher risk tolerance, the agencies may consider use of launch vehicles with a higher risk category rating and provide an opportunity for new commercial providers to gain experience launching government payloads. Within a given risk category rating, if new entrants have launch vehicles with a demonstrated successful flight history, then the government may require less technical evaluation for non-recurring certification of the new launch system. This new strategy further enables competition from emerging, commercially developed launch capabilities for future Air Force, NASA, and NRO missions. Originally published on NASA website on October 14, 2011.