In the third and final day of the International Space University (ISU) Symposium on Sustainability of Space Activities, speakers addressed topics ranging from situational awareness networks to preparing for catastrophic event response.

The morning session was dedicated to Cooperative Approaches to Improved Space Sustainability. Complementary speakers from different Astrium divisions demonstrated the relative advantages and disadvantages of ground based and space based observation of orbital debris, concluding that both components are critical to a holistic surveillance system, with low Earth orbital debris best monitored from the ground and geosynchronous orbital debris best monitored from space. Space observation generally benefits from the absence of atmosphere, allowing for optimal diffraction limited resolution. However, space based observatories are limited by size, lifetime, and changing illumination conditions. Ground systems, on the other hand, must contend with atmosphere limited resolution and a more limited field of view but are easily serviced and are not mass or size limited.
Other speakers addressed the need for cooperative and integrated space situational awareness organizations. Guillaume Blanchet of Astrium discussed the difficulty in calculating sufficiently precise orbital parameters for both space debris and third party spacecraft that would allow for accurate collision prediction and avoidance without assistance from the operating parties. Audrey Schaffer of the US Department of Defense emphasized that there is a role for everyone, from diplomats to engineers, in establishing the multilateral understanding that could support such transnational, public-private collaborations, using top down mechanisms such as code of conduct development and transparency and confidence building measures (TCBM), in conjunction with bottom up development of technical standards, best practices, and rules of the road. Kai-Uwe Schrogl, head of ESA’s Policies Department presented ESA’s sustainability program, due to become operative in 2013-2020 following a decade of preparatory work.

Joseph Pelton, President of ISSF and chair of IAASS’ academic council, presented the idea of a global fund to support space debris removal. The fund would be payed via a fee to all launching parties, much like insurance. The fund would license authorized agents to remove debris which would be catalogued. Establishing such an independent institution could alleviate national concerns regarding militarization of debris removal technologies. The fund could be readily disassembled once sufficient clean-up and sustainable practices has made it obsolete.

Pelton then passed the floor to Andrea Gini, editor in chief of  Space Safety Magazine and chair of IAASS’ communications committee. Gini introduced the IAASS organization as well as the magazine, inviting the audience to join in the conversation on how to encourage safe utilization of space.

The afternoon session, entitled “Looking Forward and Outward,” picked the morning thread regarding the creation of resource pools to manage common global space issues. Stella Tkatchova of Rhea Systems introduced the concept of a bounty system to assign value to orbital debris objects and pay out from a common fund to incentivize private technology development and debris deorbiting. Tkatchova noted that such a system could draw in private investors, reducing reliance on public funding. Helmut Kessler of Kessler Consulting proposed a similar idea for a space disaster relief fund supplied by participating countries in proportion to GDP.  Kessler theorized potential disaster scenarios that could cripple Earth, exhaust existing insurance coverage and bring about the collapse of financial 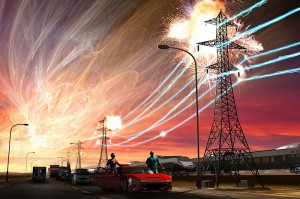 markets. Such a fund would not be a sure-fire solution, but could be sufficient to cover the most likely severe solar storm fallout short of an event such as 1859’s Carrington flare which produced geomagnetic storms that rendered compasses inoperative, incapacitated avian navigation, and created electrical discharges that shocked telegraph operators and set fire to telegraph papers. Madhulika Guhathakurta, a space weather expert from NASA, clarified that a solar event on the scale of the Carrington flare today would cause much more massive destruction due to Earth’s highly pervasive and susceptible electrical grid, and indeed a much less severe event could be responsible for catastrophic damage.

Darren McKnight of Integration Applications, Inc. took the opportunity to challenge the prevalent view that active debris removal is the  method of choice for enabling long term space sustainability. McKnight advocated instead just in time collision avoidance (JCA). If capabilities could be developed for precise prediction and avoidance of space collisions, it could be a more effective method of protecting space assets. The challenge with debris removal as a solution is that approximately 35 debris objects need to be removed to achieve a single collision avoidance. He further questioned the premise that all collisions are crippling 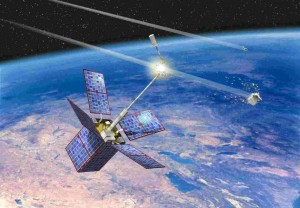 and to be avoided at all costs, citing the example of the 1996 Arianne-Cerise collision, after which Cerise went on to operate for years despite significant damage. McKnight also warned against the dangers of using debris models to generate data incompatible with their datasets. For instance, he mentioned a commonly used breakup model that was developed to analyze the potential for payload on payload collisions, yet it is commonly applied to predict probabilities of spacecraft-rocket stage collisions.

In looking forward, speakers agreed that the most important step is not to define a particular solution to space sustainability issues and disaster potential, but to establish a process and a structure, so that when an emergency does occur, there is no scramble to put together a crisis management plan on the fly. Michael Simpson, Executive Director of the Secure World Foundation and the session’s chair alluded to as much is his opening remarks. Riffing off of the adage that space is congested, contested, and competitive, Simpson countered that space is now becoming congested, contested, and invested. So much is at stake now due to humanity’s enormous dependence on space assets, that the political will is gathering to protect them.

Throughout the day, the question of how to effectively communicate the need for space sustainability arose, particularly with respect to politicians and policy leaders. Panelists recomended everything from describing the extensive usage of space assets in daily life to holding election campaign-threatening days without space during active political cycles. Simpson highlighted this need to make space personally relatable in his closing remarks. He presented a map of Europe, showing the distance from Strasbourg, location of the symposium, to other major cities in the region. He then added on ISS – which is in fact closer to Strasbourg than is Paris whenever its orbit passes overhead. The message: space is closer than you think.

Simpson went on to draw parallels between the dangers facing space assets today with the mounting danger of climate change. As with climate change, there is no strong legislative framework equipped to deal with space sustainability, technological development has caused unforeseen problems that now must be resolved, and all of Earth’s inhabitants stand to suffer consequences from the actions of  a minority of developed agents. And yet in some sense, space feels further away than the flood that will swallow up some populations’ land and homes in the next 20 years to due rising sea levels. Simpson challenged the attendees to carry the flag of sustainability to their home countries, agencies, and companies, and to communicate the dangers facing humanity’s space assets – and just what it might look like to have to do without them.

This ends Space Safety Magazine’s coverage of the International Space University Symposium on the Sustainability of Space Activities.