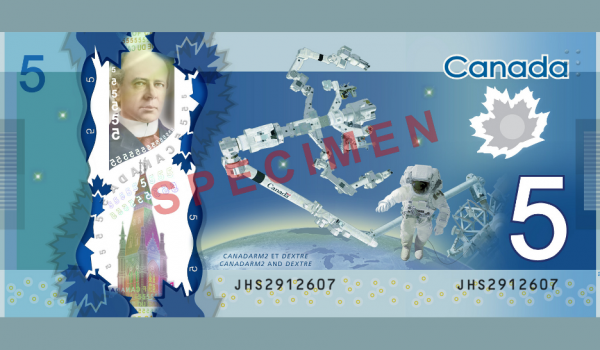 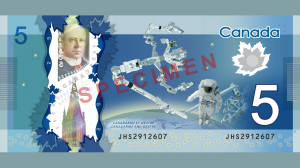 Canada is releasing new high-tech polymer bills this November, including a $5 bill sporting a spacewalking astronaut alongside the Canadian built Dextre and Canadarm robotic manipulators that have enabled construction and maintenance of the International Space Station. Canada’s first station commander, Chris Hadfield, took one of the new bills to space to make the grand announcement, alongside Canadian Finance Minister James Flaherty groundside: