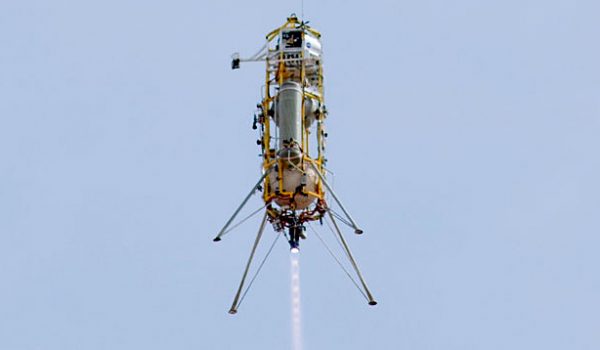 As promised, Masten Space System’s Xombie campaign continued throughout March, culminating with the vertical take off vertical landing vessel’s highest and longest flight yet. The vessel rose 500 meters – higher than the Empire State Building – and moved 300 meters laterally before appearing to plunge towards the ground. Xombie made a pinpoint landing at a second landing pad, guided by Draper Lab’s GENIE navigation and control system.