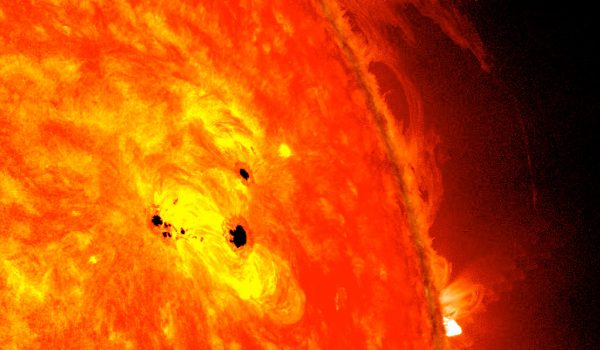 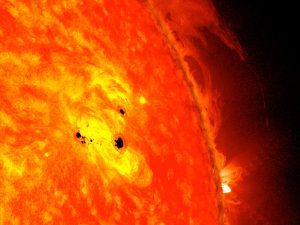 Over the course of 48 hours from February 19th to 20th, a sunspot region of the Sun morphed into a giant sunspot, the size of six Earths. The region, known as AR1678, quickly formed into a delta, an effect where one region is surrounded by another region of opposite magnetic field direction. Such a configuration is highly unstable and prone to producing solar flares and coronal mass ejections. Spaceweather.com reports a 45% chance of M-class solar flares and 15% of X-class solar flares for February 22.

In the meantime, NASA released some newly analyzed data recorded by the Solar Dynamics Observatory back in July 2012. The recording shows a solar flare followed by what is known as coronal rain. It’s  a pretty spectacular sight – take a look for yourself!