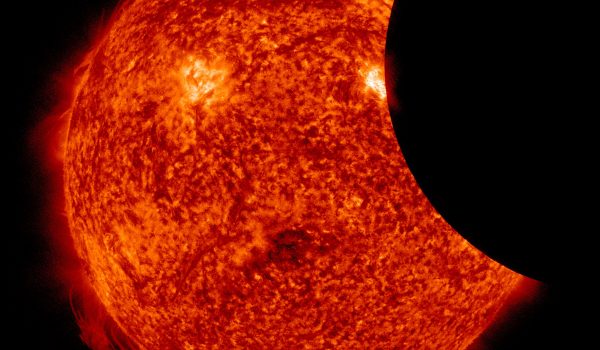 On February 21, 2012, the Moon moved in between NASA’s Solar Dynamics Observatory (SDO) satellite and the Sun (seen here in extreme ultraviolet light) and produced a partial solar eclipse from space. The SDO team observed the lunar transit, which began at about 8.10 am EST and ended about 10 am EST.

The SDO is a critical contributor to solar activity monitoring that provides warning of potentially harmful events such as coronal mass ejections and solar flares.